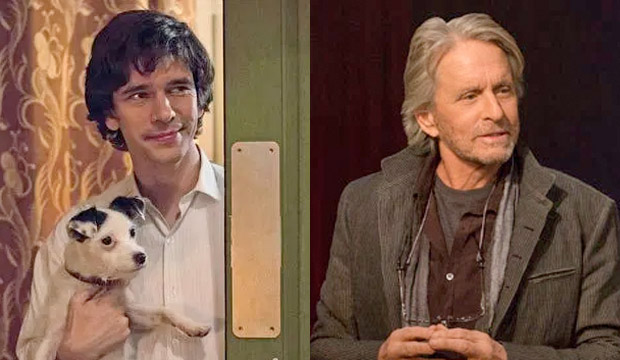 It can be difficult to predict Emmy winners in the acting categories, but one correlation we’ve seen over the years is how often we see actors win for shows that are nominated for Best Series. Similar to the Oscars and how your chances increase if you’re competing for a Best Picture-nominated film, the Emmys liking a show enough to nominate it for Best Series tends to have a trickle-down effect. In fact, last year, only one person won a lead or supporting acting category at the Emmys for a program that did not have a corresponding series nomination — Regina King for “Seven Seconds” in Best Limited Series/Movie Actress. The question now becomes whether any actors from a non-nominated series could defy the odds at this year’s Emmys.

The biggest possibility of this going down would be in Best Comedy Actor. That’s because three of the six nominees are from shows not represented in Best Comedy Series: Anthony Anderson (“Black-ish”), Don Cheadle (“Black Monday”) and Michael Douglas (“The Kominsky Method”). Douglas arguably has the best chance, considering he won a Golden Globe for his role earlier this year. His co-star, Alan Arkin, is the only person from a non-nominated show in Comedy Supporting Actor. Best Comedy Actress and Comedy Supporting Actress have one example per category as well — Christina Applegate for “Dead to Me” and Betty Gilpin for “GLOW,” respectively.

There are much fewer instances of this among the drama categories. Previous winner Viola Davis (“How to Get Away with Murder”) is back in Best Drama Actress, having been overlooked last year. The only other show snubbed of Best Drama Series among the acting categories is “House of Cards,” with Robin Wright and Michael Kelly nominated for Drama Actress and Drama Supporting Actor.

It isn’t much different in the limited series/movie acting categories. Two pairs of co-stars from shows not nominated for Best Limited Series show up here, with Joey King and Patricia Arquette for “The Act” in the lead and supporting actress categories and Hugh Grant and Ben Whishaw for “A Very English Scandal” in lead and supporting actor; Whishaw won the Golden Globe for this role. The other one is recent Oscar winner Mahershala Ali, also nominated for Best Limited/Movie Actor for “True Detective.”

SEEAll she does is win: Patricia Clarkson has never lost an Emmy and looks strong to keep it that way with ‘Sharp Objects’

So which of these actors has the best chance of upsetting? According to the latest Gold Derby odds, Whishaw is the only person expected to win an Emmy this year from a non-nominated series. The next closest are Arkin and Arquette, who are both in second place of their respective categories, potentially pulling off an upset over the frontrunners, Tony Shalhoub (“The Marvelous Mrs. Maisel”) and Patricia Clarkson (“Sharp Objects”). Douglas is the only other actor in the top half of odds in the acting categories, ranking third.

However, it will be an uphill battle for all of these performers. Considering the ever-growing breadth of great television out there, Emmy voters can only watch so much, and chances are they are much more drawn to the shows nominated in Best Series than those overlooked. That will make a victory for any of the actors listed above that much more impressive.