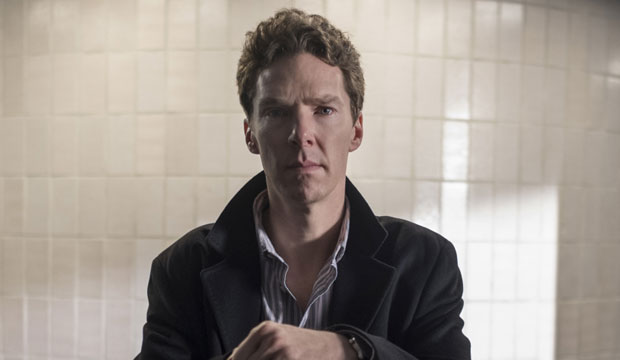 Benedict Cumberbatch finally won a BAFTA on Sunday after seven losses (six others on the TV side plus one for the film “The Imitation Game”) for his star turn in “Patrick Melrose.” As he also produced the program, which won Best Mini-Series, he picked up two awards at the BAFTA TV Awards on May 12. You know the old adage about London buses, right? You wait so long for one and then two come at once and all that.

Cumberbatch and writer David Nicholls (who won Best Drama Writing) teared up backstage after their show edged out the popular “Mrs. Wilson” and the front-runner “A Very English Scandal.” While the latter won Best Supporting Actor for Ben Whishaw, its leading man lost to Cumberbatch. That was was a surprise to all – including Mr. Cumberbatch. “I thought Hugh Grant was going to win, so I didn’t bother to prepare a speech. That was my only joke I’d thought of and I didn’t even say it on stage – and it’s not even a good joke.”

Cumberbatch also forgot to thank his mother, father and wife in his acceptance speech so used his time at the podium in the winners’ press conference room to do so. Asked how he would celebrate, he revealed that he’d promised his wife a dance, though the pair made a speedy exit home after the ceremony. That could well be because, as he admitted, “I’m looking for somewhere I can dance without being filmed. That would be good.”

The actor credited his win to the source material for the show, Edward St. Aubyn‘s autobiographical novels.”It is an incredibly special thing to land material like this. You better not screw it up. So to be validated by BAFTA and everyone who watched and the reviews we’ve had, the feedback we’ve had, it’s just been fantastic.”

He readily admitted he was daunted by the role.”‘Patrick Melrose’ is celebrated in the literary world – it’s a very high bar to try and come up to and to adapt to. There was its own pressure there – not least from all of us who were just so lucky to work on this that we just thought, ‘We cannot fuck this up.’ It’s absolutely too good.”

Cumberbatch doesn’t distinguish between playing real-life people and fictional characters. “You have a huge wealth of pressure with more populist material like the comics [Doctor Strange] and Sherlock, obviously. So it’s a similar pressure to playing a real-life character – ultimately you just want to do your best.” Strange is a key character in “Avengers: Endgame,” which he jokingly referred to as “that small little film playing in a few cinemas.”

Be sure to make your Emmy predictions today so that Hollywood insiders can see how their TV shows and performers are faring in our odds. You can keep changing your predictions as often as you like until just before nominees are announced on July 16. And join in the fun debate over the 2019 Emmys taking place right now with Hollywood insiders in our television forums. Read more Gold Derby entertainment news.