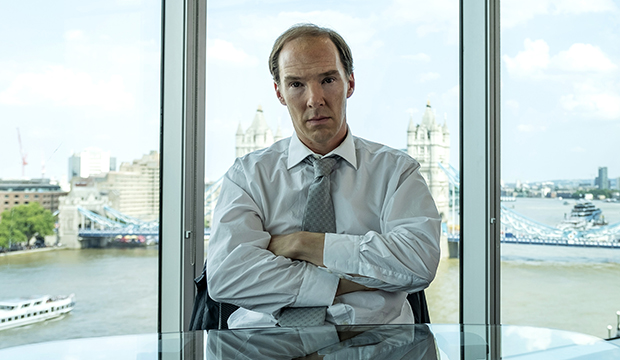 Benedict Cumberbatch is sitting just outside the top six in our Best Limited Series/TV Movie Actor odds in seventh place, but seven could be his lucky number this year. If the Emmy winner makes it in for his HBO film “Brexit,” he’d tie Hal Holbrook‘s record of seven nominations in the category.

Cumberbatch’s potential haul might be even more impressive than that of Holbrook, who collected his bids in a 11-year span. Cumberbatch, meanwhile, has been nominated six times in the last seven years. 2015 was the only year he missed, and that’s just because he didn’t have anything that year. In other words, if Benedict Cumberbatch has a TV project in play, Benedict Cumberbatch gets an Emmy nomination.

His hot streak started in 2012 with his turn as the famed detective in “Sherlock: A Scandal in Belgravia,” losing to Kevin Costner in “Hatfields & McCoys.” “Sherlock” took 2013 off, but Cumberbatch snagged a nomination for the HBO miniseries “Parade’s End,” falling to Michael Douglas (“Behind the Candelabra”).

The third time was the charm in 2014, when an absent Cumberbatch pulled off an upset win for “Sherlock: His Last Vow,” overcoming favorites Billy Bob Thornton and Martin Freeman in “Fargo,” and his fellow Marvel Cinematic Universe superhero Mark Ruffalo in “The Normal Heart.” “Sherlock” had a great night overall, as Freeman won the supporting category for playing Watson and showrunner Steven Moffat nabbed the writing prize.

After giving other folks a shot in 2015, Cumberbatch returned with back-to-back bids for “Sherlock” in 2016 (“The Abominable Bride”) and 2017 (“The Lying Detective”), but he was no match for Courtney B. Vance (“The People v. O.J. Simpson: American Crime Story”) and Riz Ahmed (“The Night Of”), respectively. Last year, he contended with his passion project “Patrick Melrose,” coming up short against Darren Criss (“The Assassination of Gianni Versace: American Crime Story”).

“Brexit” had a pretty quiet stateside debut in January — it obviously went over bigger in the U.K. —  but Cumberbatch received great notices for his transformative performance, receding hairline and all, as strategist Dominic Cummings, who led the Vote Leave campaign. And while there are a lot of big names in the mix in this category — Mahershala Ali! Sam Rockwell! Anthony Hopkins! — nothing feels absolutely secure, so an Emmy darling like Cumberbatch could very well snap up his usual slot. And if Cumberbatch makes the cut and wins, he’d join Holbrook, Hopkins, Fred Astaire, Hume Cronyn, Peter Falk, Al Pacino and James Woods as the category’s two-time champs. Laurence Olivier, with whom Cumberbatch is tied at six nominations, holds the record with four victories.