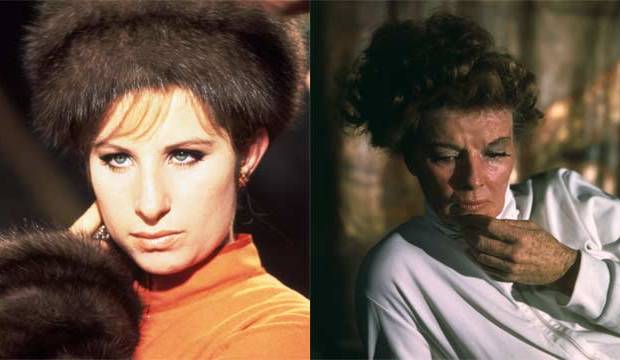 At this weekend’s Critics’ Choice Awards, there was a shocking tie for Best Actress between Lady Gaga (“A Star is Born”) and Glenn Close (“The Wife”). For many awards pundits, this felt reminiscent of the 1968 Oscars when Katharine Hepburn (“The Lion in Winter”) and Barbra Streisand (“Funny Girl”) tied for Best Actress. As this year actually marks the 50th anniversary of that infamous tie, might the current Oscar race for Best Actress end in a similar result?

Going into the 1968 Oscars, Hepburn was a respected veteran who at that point had already received 10 nominations from the academy and two wins for 1933’s “Morning Glory” and 1967’s “Guess Who’s Coming to Dinner.” Meanwhile, Streisand was a newcomer to Hollywood when she made her motion picture debut by reprising her Tony-nominated performance as Fanny Brice in William Wyler’s film adaptation of the 1964 Broadway musical “Funny Girl.” After the release of that movie, she was allowed to join the academy. Then president Gregory Peck defended his action by saying she was already making other movies. Therefore, Streisand ended up voting for herself in the category of Best Actress, thus causing the tie between herself and Hepburn.

Hepburn wounded up winning her third (and second consecutive) Oscar for her performance as Eleanor of Aquitaine in Anthony Harvey’s film adaptation of James Goldman’s 1966 Tony-winning play, “The Lion in Winter,” while Streisand went on to join a small group of performers who’ve managed to win Oscars for their first movie roles. Had Streisand not been an academy member at the time, Hepburn would have won on her own.

A similar scenario won’t happen this time around, as Gaga is not currently a member of the academy and thus can’t vote for herself. Close, however, is a member, so we know where her vote is going. Interestingly enough, Close went on to play Eleanor of Aquitaine in a 2003 TV movie adaptation of “The Lion in Winter” while Gaga is currently in contention for her breakthrough acting performance in the latest version of “A Star Is Born,” for which Streisand starred in the 1976 film.

As for the current Best Actress Oscar race, Close has so far already picked up wins from the Golden Globes and Critics’ Choice Awards for “The Wife.” In that movie she plays Joan Castleman, a woman who questions her life choices as she travels to Stockholm with her husband, Joseph (Jonathan Pryce), who is set to receive the Nobel prize in literature. Meanwhile, Gaga lost the Golden Globe for “A Star is Born” to Close, yet was able to rebound by tying with her at Critics’ Choice. In that movie she plays Ally Campana, a nightclub singer-songwriter who is discovered by famed country music star Jackson Maine (Bradley Cooper).

Heading into the SAG Awards on January 27, Close is currently predicted to win Best Film Actress with 69/20 racetrack odds. Close, arguably the most respected actress out of all the nominees, has previously received eight bids from the Screen Actors Guild, but to date she only has one win on the TV side for “The Lion in Winter.” In fact, she also only has one prior nomination for her film work, for 2011’s “Albert Nobbs.” Gaga does appear to be within striking distance in second place with 37/10 odds. However, she could still be vulnerable there given that she isn’t the most well established actress out of all the nominees.

Of note, the last time a woman won the Oscar for Best Actress without a prior win at the Golden Globes was 2001 when Halle Berry (“Monster’s Ball”) made history as the first (and to date, only) African-American woman to have ever received that honor. She lost the Globe for Best Film Drama Actress to Sissy Spacek for “In the Bedroom,” who at that point was the presumed frontrunner until Berry went on to pull off an upset at SAG. Since then, every Oscar winner for Best Actress started off their journey at the Globes with a victory in either categories for Drama or Comedy/Musical.

As for the upcoming BAFTA Awards on February 10, Olivia Colman (“The Favourite”) is currently predicted to win Best Actress with leading 16/5 odds. That could definitely happen given that she not only has the British factor in her favor, but she’s also won three awards from them in the past. Not to mention that “The Favourite” does have the most nominations (12) of any film at BAFTA this year. As for Close, she is currently ranked in second place with 37/10 odds. However, she could still benefit from “The Wife” being a European production as well as the fact that voters should be familiar with her work in the U.K. on both stage and screen. It’s also worth noting that Close has only been nominated there once before back in 1989 for “Dangerous Liaisons.”

So then what’s going to happen on Oscar night? Are academy members going to give Lady Gaga two awards for “A Star is Born” — Best Actress and Best Song (“Shallow”)? Or are they going to spread the wealth by giving her the songwriting trophy and Close her very first Oscar for Best Actress?