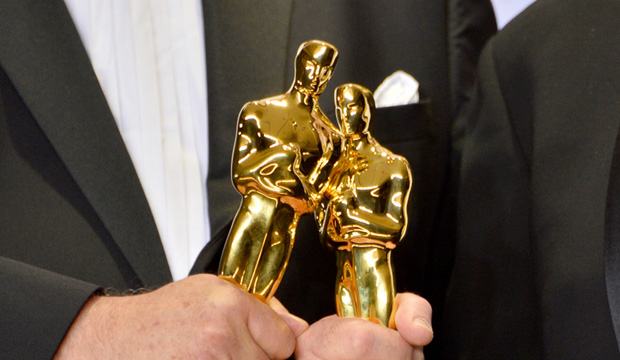 What’s the only thing harder than trying to predict what will win the short film categories at the Oscars? Why that would be trying to predict which five will actually score nominations. Even with the 10-film shortlist, it can be intimidating to try and single out the five that will eventually receive nominations. Don’t worry Derbyites; we’ve got you covered! In today’s Oscar cheat sheet, we’re giving you the full details about the 10 finalists for Best Documentary Short, which you can use to help choose which five you think will get nominated in our predictions center.

“After Maria” – A group of Puerto Rican women are forced to flee the island in the wake of the destruction caused by Hurricane Maria. As they stay in a FEMA hotel in The Bronx, they develop a familial bond and seek some kind of stability as forces try to rip them apart.

“Fire in Paradise” – The 2018 Camp Fire, which broke out near the town of Paradise, California and eventually grew into the deadliest American wildfire in over a hundred years is revisited through first-hand footage and interviews with those that survived it.

“Ghosts of Sugar Land” – A group of Muslims in an American suburb try to resolve the disappearance of their close friend and also have to find a way to deal with the consequences of his behavior.

“In the Absence” – This film chronicles the 2014 sinking of the MV Sewol in South Korea that ended up claiming over 300 lives and still has the loved ones of those who perished demanding answers about what exactly happened that day.

“Learning to Skateboard in a Warzone (If You’re a Girl)” – This short examines young girls in Kabul, Afghanistan who are getting to experience freedom through learning to read, write and even skateboard.

“Life Overtakes Me” – In Sweden, hundreds of refugee children are descending into a coma-like sickness called Resignation Syndrome due to their uncertainty about their current situation.

“The Nightcrawlers” – A group of dedicated photojournalists in The Philippines, called the Manila Nightcrawlers, seek to expose the horrendous cost of Filipino President Rodrigo Duterte’s brutal drug war, which some estimate to have killed over 20,000 people.

“St. Louis Superman” – Bruce Franks, Jr. is a battle rapper, activist and a member of the Missouri House of Representatives. Known as Superman in his community, he finds himself having to deal with the trauma he suffered when he saw his brother get shot and killed in order to deliver for his constituents.

“Stay Close” – The short focuses on Keeth Smart, a competitive fencer from Brooklyn who overcame enormous hardships to become the first American to top the world rankings for fencing and a chance to compete for the country in the Olympic games.

“Walk Run Cha-Cha” – Two siblings are robbed of their youth due to the aftermath of the Vietnam War. Forty years later, they begin to rediscover themselves on the dance floor.

An important thing to note with these finalists is that four of them are produced by Netflix, which has won this category two of the last three years: “The White Helmets” in 2016 and “Period. End of Sentence” in 2018. The Netflix films on the shortlist are “After Maria,” “Fire in Paradise,” “Ghosts of Sugar Land” and “Life Overtakes Me.”

A recent trend we’ve also seen in this category is nominating and rewarding films that deal with issues that feel timely and important. Between 2011 and 2018, five out of the eight winners fell into this category: “Saving Face” (2011, about women who have been victims of acid attacks), “Crisis Hotline: Veterans Press 1” (2014, about the people that work for the VA’s suicide hotline), “A Girl in the River: The Price of Forgiveness” (2015, about honor killings being conducted in Pakistan), “The White Helmets” (2016, about the volunteer force that rescues people from bombed villages in Syria) and “Period. End of Sentence” (2018, about women in India getting access to sanitary products). Five of this year’s finalists fit into that category: “After Maria,” “Fire in Paradise,” “Life Overtakes Me,” “The Nightcrawlers” and “St. Louis Superman.”

Another type of film that usually does well here center around people who have overcome a form of adversity or an obstacle that life has thrown at them. This came through two years ago when the category was won by “Heaven is a Traffic Jam on the 405,” which chronicled how Mindy Alper channeled her anxiety and depression into striking pieces of art. In 2012, the film, “Inocente,” about a homeless girl who dreams of becoming an artist, was able to come out on top. Seven of this year’s finalists fit into that classification: “After Maria,” “Ghosts of Sugar Land,” “In the Absence,” “Learning to Skateboard in a Warzone (If You’re a Girl),” “St. Louis Superman,” “Stay Close” and “Walk Run Cha-Cha.”

Sophomore bump: 'Succession' is the first drama series Emmy champ in 22 years to achieve this…

2020 Emmys explained: 'Watchmen,' 'Schitt's Creek' and 'Succession' are the biggest winners of the…