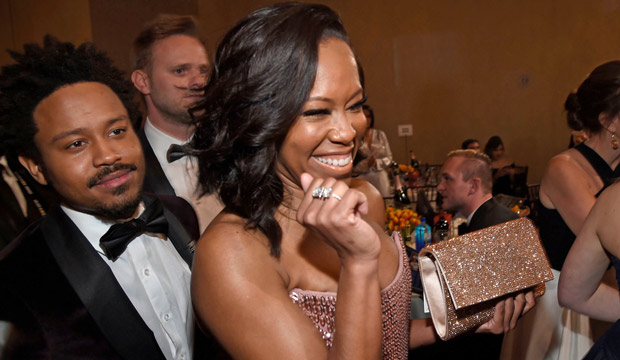 This year’s Golden Globes acceptances speeches were, as usual, a mixed bag of the incredibly uplifting, the laugh-out-loud hilarious and the head-scratchingly confusing. Of the six film acting winners and eight TV acting champs that were awarded during Sunday night’s ceremony, who do YOU think gave the best acceptance speech? Vote down in our poll below and then defend your choice in the comments section.

The comedy lead champs were Christian Bale (“Vice”) and Olivia Colman (“The Favourite”). Bale had the audience in stitches by calling Dick Cheney, whom he portrayed in the film, “Satan,” and Colman thanked “my bitches” (aka her female co-stars) and could hardly finish her speech because she was so excited.

The drama lead winners were Rami Malek (“Bohemian Rhapsody”) and Glenn Close (“The Wife”). While Malek said he was “beyond moved” and was awed by this profound honor, Close had tears in her eyes as she thanked her “category sisters,” including presumed frontrunner Lady Gaga.

For the two film supporting winners, Regina King (“If Beale Street Could Talk”) brought the audience to its feet with her promise of only working on projects that are 50% female going forward, and Mahershala Ali (“Green Book”) got emotional when he thanked his real-life inspiration from the film, Doctor Shirley.

For television, the comedy lead victors were Rachel Brosnahan (“The Marvelous Mrs. Maisel”) and Michael Douglas (“The Kominsky Method”). Brosnahan thanked the Golden Globes for putting her little show on the map last year, while Douglas made America swoon when he mentioned his 102-year-old father Kirk Douglas.

The two drama lead winners were Sandra Oh (“Killing Eve”) and Richard Madden (“Bodyguard”). Oh teared up when she brought attention to her parents, knowing what it meant to the Asian community to win this award, and Madden was completely gobsmacked by the triumph but still managed to thank his popular costar Keeley Hawes.

SEE2019 Golden Globes hosts poll: Did Sandra Oh and Andy Samberg knock your socks off, or were they just ‘meh’?

Patricia Arquette (“Escape at Dannemora”) and Darren Criss (“The Assassination of Gianni Versace”) won the limited series/TV movie lead races. Arquette mentioned the challenges of playing a real character (with fake teeth!) in her Showtime program, while Criss said he felt like he was in a fan club because of all of the famous faces in the crowd.

Finally, the two supporting TV trophies went to Patricia Clarkson (“Sharp Objects”) and Ben Whishaw (“A Very English Scandal”). Clarkson had people guffawing with her joke that director Jean-Marc Vallee “demanded everything of me except sex,” and Whishaw ended his speech by praising the man he portrayed in the miniseries, Norman Josiffe.