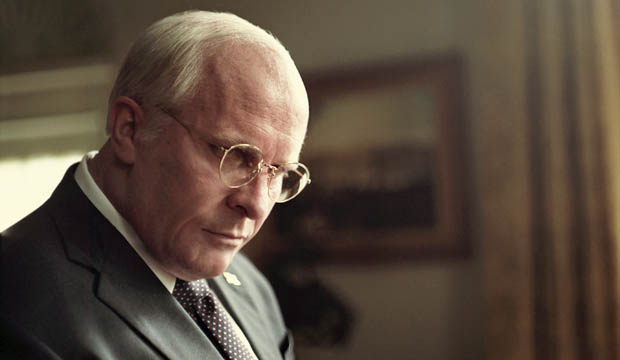 Oscar voters love to reward the makeup artists and hairstylists who transform some of Hollywood’s most famous faces into historical figures. Since the competitive category of Best Makeup and Hairstyling was introduced at the Academy Awards in 1982, eight films in which performers portray famous folks have won this Oscar. Adam McKay‘s “Vice,” a sly satire on the life and times of politician Dick Cheney, is poised to be the ninth to do so.

Over the two hour plus running time of “Vice,” Christian Bale portrays Cheney from his early years in Wyoming to his eight years as vice president.  The actor gained 40 plus pounds and shaved his head to look like the man who was second in command during some of the darkest days in American history.

It is no surprise that Bale is tipped to take home his second Oscar. Also nominated are Amy Adams, who portrays Cheney wife Lynn and Sam Rockwell for his version of George W. Bush. Others who underwent hours in the makeup chair include Steve Carell as Donald Rumsfield and Tyler Perry as Colin Powell.

Last year’s Academy Award for Best Makeup and Hairstyling went to the team (Kazuhiro Tsuji, David Malinowski and Lucy Sibbick) that turned Gary Oldman into Britain’s wartime prime minister Winston Churchill in “Darkest Hour.” Six years earlier, this Oscar had gone to Mark Coulier and J. Roy Helland who made over Meryl Streep into another British PM, Margaret Thatcher, in “The Iron Lady.”

Below, we catalog the other winners of this Oscar who prevailed for their efforts on biopics, with the subjects and actors in brackets.