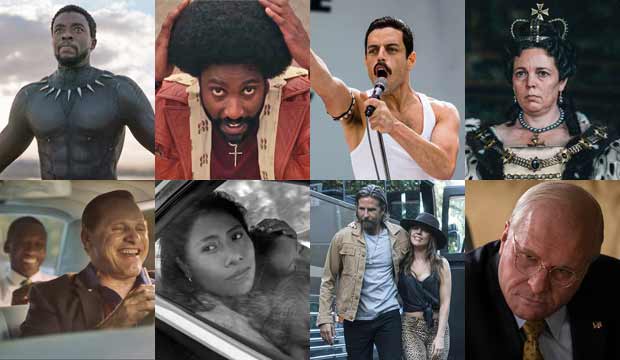 It’s a bit harder to judge just what kind of impact domestic box office has when it comes  to the Oscar’s Best Picture race. Ever since the category expanded in 2009 to 10 contenders before switching to between five and 10 in 2010, there has been a slight accordion effect on how many titles make the cut.

But it still is interesting to see where this year’s eight nominees land compare to other races this decade. The tricky part for calculating ticket sales this year? Dealing with on-line streaming service Netflix’s hard-and-fast policy to not release viewership or box-office numbers on  Alfonso Cuaron’s “Roma,” which played in actual theaters as well.

However, even with just seven grosses being counted out of eight, the shared box-office average is the highest for the decade so far, with $181 million. The highest total box office was in 2010, when “The King’s Speech” won — $1.4 billion compared to $1.3 billion this year. But that was for 10 films. One could surmise that if “Roma’s” totals were added in, it would equal if not beat that amount.

I also calculated the average box office for all eight previous winners, whose domestic grosses range from $28 million for 2016’s “Moonlight” to $139 million for “The King’s Speech.” The magic number?  It’s $70 million, not too big, not too small. This year’s group is unusual in that it is the first this decade to have three films that took in $200 million or more domestically – “A Star Is Born,” “Bohemian Rhapsody” and “Black Panther.”  The superhero movie easily claims the biggest haul this decade with $700 million while 2012’s French drama ”Amour” made do with $7 million, the smallest gross.

If all this money talk means anything, such high-grossing films could guarantee more eyeballs glued to the Academy Award telecast that airs on February 24.

Be sure to make your Oscar predictions so that Hollywood insiders can see how their films and performers are faring in our odds. You can keep changing your predictions until just before winners are announced on February 24. And join in the fierce debate over the 2018 Oscars taking place right now with Hollywood insiders in our movie forums. Read more Gold Derby entertainment news.

Top 10 Longest Best Picture Oscar Nominees: Which one is over four hours long?

Will the PGA Awards predict the Best Picture winner?