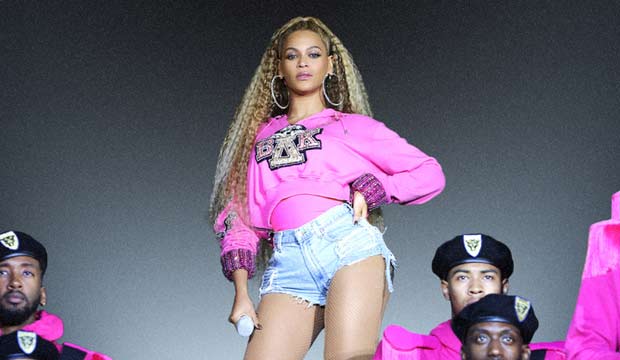 Beyonce doesn’t really need more awards hardware to cement her status as the current queen of pop culture, but she may get it anyway. She already has 23 Grammys, which makes her the second most awarded woman in the history of the awards (behind Alison Krauss), but she could add to that total in 2020. In fact, between this September and next February, Beyonce could win Emmys and Oscars, too.

First up, Beyonce could win Emmys for writing, directing and producing “Homecoming.” The Netflix special, which focuses on her widely acclaimed Coachella performance from 2018, is a contender for Best Variety Special (Pre-Recorded), but this wouldn’t be the recording artist’s first brush with TV’s biggest prize. She has already accumulated four nominations from the television academy: Best Short Form Entertainment Program for her 2013 Super Bowl Halftime Show, Best Special Class Program for “On the Run Tour” with Jay-Z, Best Variety Special for her visual album “Lemonade” in 2016 and Best Variety Special Directing for “Lemonade.” That last nom actually put her on a very short list of black women who have earned Emmy noms for directing.

She also released a live companion album for “Homecoming,” which could add to her historic Grammy haul next January. At those same music kudos she could be recognized for her contributions to “The Lion King.” She produced and curated the compilation album “The Lion King: The Gift” to go along with the film, and she co-wrote and performed the new original song “Spirit” from the movie.

That means that shortly after the Grammys she could accept Best Original Song for “Spirit” at the Oscars. She’s been on the academy’s radar before as a star of the Oscar-winning “Dreamgirls,” but even though she was officially credited as a co-writer on the original song “Listen” from that film, the academy didn’t include her among the nominees when that tune was nominated. So voters may want to make it up to her.

If everything goes her way, Beyonce would be just a Tony away from EGOT. And she wouldn’t even need to star in a Broadway show to get it. She could write the music for a show like EGOT recipient Robert Lopez (“Avenue Q,” “The Book of Mormon”), or she could produce a show like EGOT champ John Legend (“Jitney”). But let’s not get ahead of ourselves. As it stands, Beyonce still only has the G in EGOT, so we’ll have to wait and see how many other letters let her in.