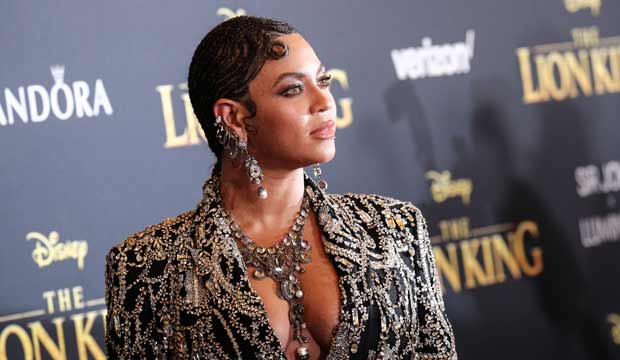 Beyonce didn’t earn any bids in the top general field categories at the Grammys when nominations were announced, but she did show up in four genre races, bringing her to an even 70 career bids and extending her record as the most nominated woman in history. But guess what — she’s also in the position to tie the record as the woman with the most wins.

That record has long been held by country/bluegrass queen Alison Krauss, who has racked up a remarkable 27 Grammys over the course of her career. That not only makes her the awards’ most honored woman, but the third most awarded individual overall, behind only classical conductor Georg Solti (31) and legendary producer Quincy Jones (28).

Beyonce’s tally currently stands at 23, which places her eighth on the overall list. But this year’s nominations could potentially bring her into a tie with Krauss — assuming she wins every single one of them, which may be a tall order. She contends twice for her “Lion King” song “Spirit” (Best Pop Solo Performance and Best Visual Media Song), once for her special compilation “The Lion King: The Gift” (Best Pop Album) and once for her Netflix documentary “Homecoming” (Best Music Film).

It’s usually no problem for Beyonce to collect an armful of trophies in a single night, but it has actually been a decade since she went home with four or more awards. The last time was 2010, when she collected a personal-best six trophies for “I Am … Sasha Fierce.” The only other time she collected so much hardware was in 2004 when she claimed five awards.

SEEGrammy nominations list 2020: Who is nominated at the 62nd Annual Grammy Awards in all 84 categories?

Going four-for-four this year may be especially challenging since her pop nominations pit her against artists like Billie Eilish, Lizzo and Ariana Grande, who were recognized substantially in the general field, which may indicate that they have more recording academy support this year.

Nevertheless, it’s still theoretically possible for Beyonce to make history this year, but even if she doesn’t it may only be a matter of time given how prolific she continues to be. Do you think she’ll tie Krauss, or fall short?