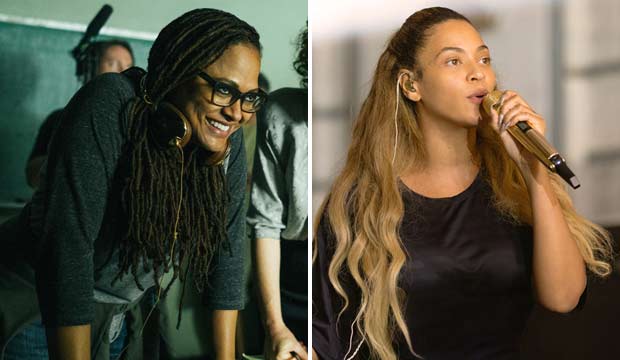 Beyonce (“Homecoming“) and Ava DuVernay (“When They See Us”) made history with their Emmy nominations this year. By earning bids as directors they became the first black women in Primetime Emmy history to receive multiple directing noms in their careers. And if they prevail they would be the first ever to win.

Meanwhile, “When They See Us” is a limited series telling the true story of the five boys who were wrongly convicted of a brutal rape in Central Park but weren’t exonerated until more than a decade later. It’s nominated for 16 Emmys, which makes it one of the year’s most honored programs. And like Beyonce, DuVernay is nominated for writing, directing and producing it. She’s already an Emmy winner, having claimed Best Documentary Special and Best Nonfiction Writing in 2017 for “13th.” She was also up for Best Nonfiction Directing but lost that prize to Ezra Edelman (“O.J.: Made in America”).

Only three other black women have been nominated for directing, and they were only nominated once: Debbie Allen (Best Variety Directing for “The Debbie Allen Special,” 1989), Millicent Shelton (Best Comedy Directing for “30 Rock,” 2009) and Dee Rees (Best Movie/Mini Directing for “Bessie,” 2015). So it would be unprecedented if DuVernay and Beyonce win, and even more so if they manage to win as writers and producers too.

SEEThe Central Park 8: ‘When They See Us’ is tied for the 2nd most Emmy acting nominations EVER for a limited series

Based on the combined predictions of Gold Derby users as of this writing, DuVernay is the front-runner to win Best Movie/Mini Directing as well as Best Limited Series, while “Chernobyl” is tipped to win Best Movie/Mini Writing. Beyonce is our current front-runner to win Best Variety Special, though she trails the Oscars telecast in our predictions for Best Variety Special Directing, and “Hannah Gadsby: Nanette” has the advantage for Best Variety Special Writing. So it’s looking like both women will come away from the Emmys as winners, though only one of them is expected to make history in the directing race. How many prizes do you think they’ll take home?