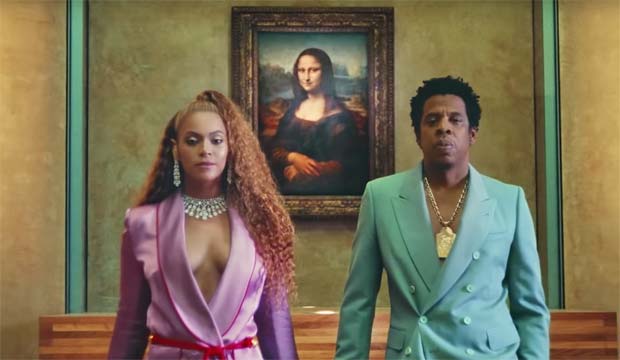 Beyonce and Jay-Z didn’t do as well as we expected in the Grammy nominations for their joint album “Everything is Love” — apparently, not everything was love for the recording academy, who didn’t nominate them anywhere in the general field. But they nevertheless earned three nominations for their collaboration. They’re both already among the most awarded artists of all time, so how high will they climb on the list this weekend, if at all?

As of this writing they’re the front-runners to win two of their three categories based on the combined predictions of thousands of Gold Derby users: Best R&B Performance (“Summer”) and Best Urban Contemporary Album (“Everything is Love”). The only prize we think they’ll lose is Best Music Video, which is forecast to go to Childish Gambino‘s “This is America” instead.

If we’re right, that would bring Beyonce from 22 wins to 24, which would tie her for seventh place with composer John Williams — unless Williams wins one or both of his nominations this year, in which case Beyonce would remain in eighth place. But she would at least break her tie with jazz musician Chick Correa and Irish rock band U2, who also have 22 victories apiece.

If Bey and Jay manage to win all three of their nominations, Beyonce would match Stevie Wonder and classical pianist Vladimir Horowitz at 25. Wonder and Horowitz are currently tied for fifth place, but again their final ranking after Sunday night will also depend on how Williams does.

Beyonce would still have some catching up to do to reach all-time record holder Georg Solti: the classical conductor won a total of 31 times. But Beyonce would get within striking distance of country veteran Alison Krauss, who is the most awarded woman in history with 27 Grammy trophies.

Jay-Z currently has 21 prizes to his name. All he has to do is win one prize on Sunday night and he would break his tie with Kanye West as the most awarded rap artist in history. But since he and Beyonce share all their nominations this year, he’s destined to lag one award behind his better half no matter how many they win. So what will the magic number be for the musical supercouple? One? Two? Three? Or could they be shockingly shut out entirely?