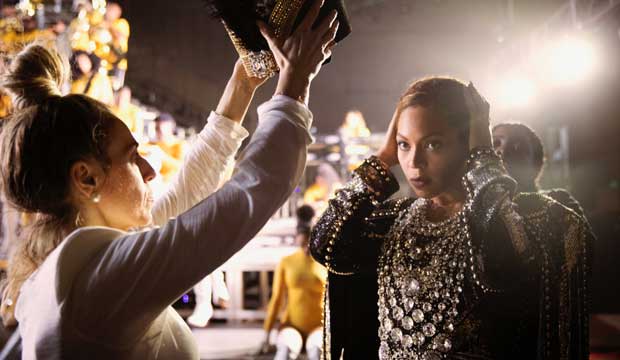 The BeyHive might be up in arms after the Creative Arts Emmys on Saturday night, September 14. Beyonce had four nominations at the event for “Homecoming,” her Netflix music documentary about her lauded 2018 Coachella concert, but she was completely shut out. She has now been nominated eight times in her career without a victory. Check out the complete list of Creative Arts winners here.

Beyonce was up for Best Variety Special (Pre-Recorded) as a producer, as well as Best Variety Special Directing, Best Variety Special Writing and Best Music Direction. She lost the Variety Special award to “Carpool Karaoke: When Corden Met McCartney,” which was the third victory in four years for the James Corden automotive musical spin-off of his “Late Late Show” variety talk series. Elsewhere, the writing prize went to Hannah Gadsby for her “Nanette” special, directing kudos went to Thom Zimny for “Springsteen on Broadway” and the award for music direction went to Alex Lacamoire for FX’s “Fosse/Verdon.”

The singer was previously nominated for Best Short Form Live-Action Entertainment Program for “Super Bowl XLVII Halftime Show” (2013), Best Special Class Program for “Beyonce and Jay-Z: On the Run,” and Best Variety Special and Best Variety Special Directing for “Lemonade” (2016). Her bids for directing “Lemonade” and “Homecoming” made Beyonce one of only two black women in Primetime Emmy history to earn multiple nominations as a director. The other is Ava DuVernay (“13th” and “When They See Us”).

Things could be worse for Beyonce, of course. She’s already the second most honored woman in the history of the Grammy Awards with 23 trophies thus far. She could win more Grammys in 2020 for both “Homecoming” and her musical contributions to the “Lion King” remake. And she has the potential to win an Oscar for her original “Lion King” song “Spirit” as well. But do you think Beyonce deserved better than she got at the Emmys on Saturday night?