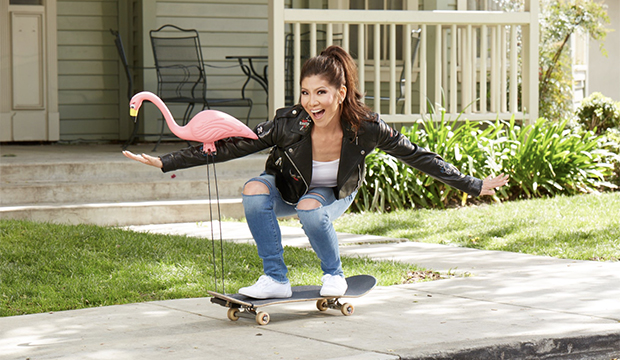 The “Big Brother 21” cast won’t be announced for another month, but Julie Chen Moonves may have given us a clue about the season right in front of our faces.

Chen Moonves tweeted a photo of herself on a skateboard and wearing a leather jacket (because she’s a teenage boy in the ’90s apparently) to announce the Season 21 premiere date. Just another promo pic, right? Maybe not. Zoom in on her jacket and you’ll find what could be a very big Easter egg. The patch on her collar says “all-stars.”

The countdown begins! The #BB21 2-night premiere event airs Tuesday, June 25 and Wednesday, June 26 (8-9pm). RT if you’re ready to be back in the Big Brother house! 🎉🎉 pic.twitter.com/BmaexWiQkc 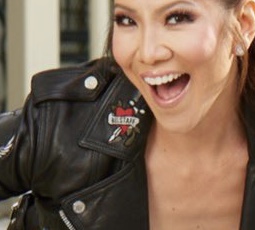 So is Season 21 another all-stars season? “Big Brother” hasn’t done an all-stars outing since the first and only time it did it way back in Season 7 in 2006. This would definitely be a twist many of us did not see coming. A lot of fans speculated that last summer’s 20th installment would be all-stars — you know, new decade, round numbers and all — but executive producers Allison Grodner and Rich Meehan poo-pooed that to The Hollywood Reporter and cast complete newbies and absolutely zero returning vets last year.

“‘Big Brother’ is still going strong so we didn’t feel the need to do an ‘all-star’ cast to generate interest,” Meehan added.

So if Season 21 is all-stars, why the change of heart? The show still does well and no one really wants to see Paul again. Is it to build buzz to get a third-season renewal for “Celebrity Big Brother”?

Or maybe we’re just reading way too much into this. That short teaser did say “total strangers living under one roof,” which could also just be a diversion tactic. But maybe Chen Moonves or more likely, her stylist, was just really into that jacket and was like, “This jacket is missing something. Ah, I know, let’s get some iron-on patches on there,” and just randomly grabbed a bunch.

Or maybe TPTB are totally trolling us because they know we’d obsess over something like this. We see you, “BB.”