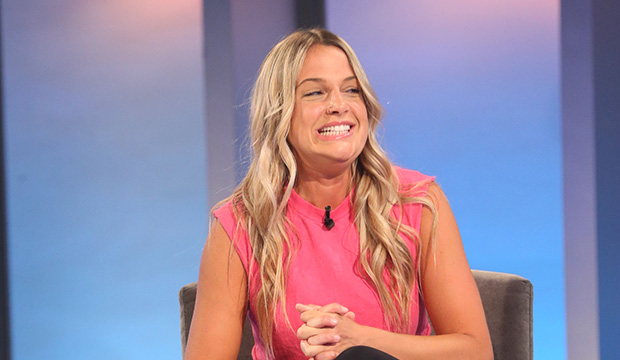 Christie Murphy survived the block for four weeks straight on “Big Brother 21,” but she couldn’t manifest a miracle for the fifth time on the most precarious night of all, double eviction night.

The HOH comp decided which alpha duo — Christie and Tommy Bracco, or Jackson Michie and Holly Allen — would be targeted. After Nicole Anthony won HOH — her very first win of the summer — it was doom and gloom for Christie and Tommy since Nicole, Cliff Hogg III, Jackson and Holly have a final four. During the Veto, Christie changed her final answer at the last second, handing Cliff the win, thus sealing her fate with a 3-0 eviction on Thursday.

Christie played hard (and cried hard) all season, not to mention pulled off one of the most impressive vote-flips in “Big Brother” history when she was basically out the door two weeks ago. She also had a huge advantage with her real-life relationship with Tommy Bracco, who twice saved her with the Veto.

How does she think everyone will react when they find out about their IRL bond? And did she ever have any intention of honoring her final five deal with Jackson and Holly? Find out in our exit interview, via email, below.

SEE ‘Big Brother 21’s’ Jessica explains why she never changed her gameplay and her hilarious wall fall: ‘Oh no, it’s a thing!!!’

Gold Derby: Why do you think Nicole nominated you and Tommy instead of Jackson and Holly?
Christie: I think that Nicole probably felt that although Michie is winning everything and could win it all, she has a close personal relationship with Holly. Realistically, Cliff would take Nicole to final two and Michie may take Nicole to final three. So her chances of getting far with Tommy and I are less.

Gold Derby: You tried to save Jess and told Nicole you wanted to move forward with her, Jess and Tommy. Was that your real game plan or just a campaign pitch?
Christie: That was definitely my real game. I adore Jess and think she would have also taken me to final two. And I think that proceeding in [a] hypothetical final four with Nicole, Tommy, Jess and I would have been best case scenario. But think Nicole knows that wouldn’t be good for her.

Gold Derby: You managed to flip the vote two weeks ago by going after Nick [Maccarone] and making a deal with Jackson and Holly, which you declared null and void this week. How serious were you about honoring that deal or was that just something you agreed to in the moment to survive?
Christie: In the moment, the deal that I made with Michie and Holly was very real and if I had won that HOH, I would have kept my word and not put them up on the block, for sure. But I had intentions of throwing the HOH so I wouldn’t have had to honor that.

Gold Derby: The Six Shooters imploded amid speculation that Holly and Kat [Dunn] might know each other in real life, and there was speculation that Jackson might know them too. What do you think the reaction of the houseguests will be when they find out about you and Tommy after you accused them of knowing each other?
Christie: I think they [will] think it would be quite hypocritical of us. It’s funny, because I didn’t speculate about them to deter people from finding out me and Tommy knew each other. I genuinely think Holly and Kat know each other. I think the houseguests will be surprised when they find out about me and Tommy. Hopefully not angry, but shocked.

Gold Derby: What’s one thing or move you would redo in the game?
Christie: Easy. Yesterday, during double eviction Veto, it was me vs. Cliff. I had my answer locked and then at the last minute changed it and it probably cost me the whole game. I should have listened to my gut and not changed it.

Gold Derby: If you could manifest a Jackson eviction, how would it go down?
Christie: It would have gone down yesterday during the double eviction. I would have loved to have put him up against Holly and then gotten him out. And a double would be ideal, so I didn’t have to deal with him for another week.

Gold Derby: What would your sister say about you swearing on her life so much?
Christie: Well, she’s a savage, so I think she would understand. And I told her before I left I would use her to swear on my game, so I think she would get it. And I’d say 98% of the time I would use her name, I was being truthful, other than the 2% I was skating around words. Never lying, but skating around words a bit.