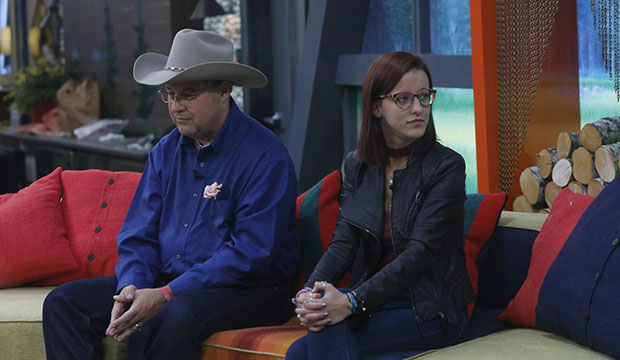 Lots of dumb moves were made in the “Big Brother 21” house this summer, but if you ask Dr. Will (or really, most people), there was one bad one that trumped them all. Answering a series of questions on Twitter on Tuesday (which means he’s probably hosting the jury roundtable again), Will Kirby said Cliff Hogg III not going with Nicole Anthony‘s plan to keep Tommy Bracco was the worst move of the season.

“Cliff should’ve absolutely listened to Nicole. I think he’d be a lot better off right now and I think he’d be in a completely different position if he had given her opinions a little bit more weight,” he said. “I think one of the bad game moves was that Cliff sort of wanted to be his own person and not really be open-minded to other ideas.”

@DrWillKirby, what has been the worst game move this season? #BB21 pic.twitter.com/E4Y4BUNO4S

Where is the lie? Cliff was obsessed with his deals and never wanted to break the final four deal to keep Tommy even though it would’ve been best for both his and Nicole’s games. And now he’s evicted and Nicole is in a final three with a showmance, Jackson Michie and Holly Allen.

On the other end of the spectrum, Dr. Will believes that Jackson has played the best game this season, which is also factually correct, regardless if you like him or not. “I would be remiss if I didn’t say that Michie has had an overall extremely solid game,” he said. “He’s great at comps, he has done very well in the social department, whether people want to admit it or not. So overall, he has had, let’s admit it, a really well-rounded game.”

👋 @DrWillKirby, who has had the best gameplay this season? pic.twitter.com/uba9TEsdAq

Hmm, don’t know about the social part. Jackson is a comp beast, but he hasn’t managed the jury very well and has burned a couple of people, and his goodbye message to Cliff was far from ideal. But as long as people aren’t bitter, he should be OK.

It’s no surprise the evil doc respects Jackson’s manipulative game since it’s not unlike his own game way back in Season 2. So we can probably expect to see him slyly advocate/defend Jackson’s game moves at the roundtable. But he did try to steer last year’s jury toward Tyler Crispen, and we all know how that turned out.