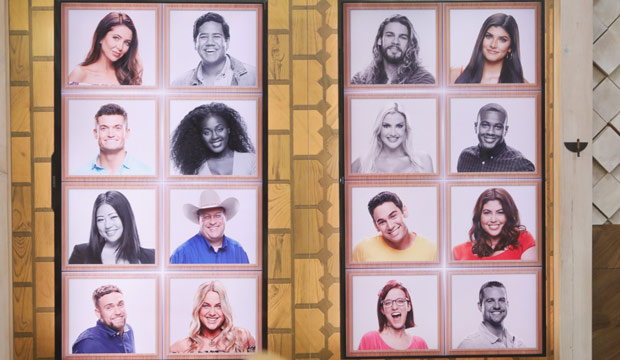 All week long, Head of Household Jackson Michie had his fingers crossed he’d be able to get out his biggest threat in the game, Christie Murphy. Michie nominated likeable Analyse Talavera as a pawn hoping no one would choose to evict her if she was sitting alongside Christie, then he won the Veto and kept his nominations the same. Unless something completely unexpected happened during Thursday’s live episode, then Christie would surely become the next member of the jury house, joining Jack Matthews and Kathryn Dunn. So how’d it all play out?

SEESorry, Christie: 81% of America wants you evicted from ‘Big Brother’ on August 22 instead of Sis

Below, check out our minute-by-minute “Big Brother” recap of Season 21, Episode 26 to find out what happened Thursday, August 22 at 9/8c. Then be sure to sound off in the comments section about your favorite houseguests on CBS’s reality TV show, who annoys you the most and who you think will ultimately join the “Big Brother” winners list. Keep refreshing/reloading this live blog for the most recent updates.

9:00 p.m. — “Previously on ‘Big Brother’!” In Wednesday’s 25th episode, Christie and Analyse pouted about being put up on the block next to each other. Nick Maccarone‘s loyalty was questioned by the two girls, so he vowed to win the Veto competition and take one of them off the block; he lost. After Michie won the Veto, Tommy Bracco and Holly Allen had some fun by mimicking “Baywatch” lifeguards, which angered Christie because she didn’t think her BFF should be canoodling with either Holly or Michie. Speaking of Tommy, he hinted that he may have to vote out the doomed Christie in order to keep their friendship a secret. Ooo, the drama!

9:10 p.m. — With Christie’s fate written on the wall, it’s time for her to manifest a miracle. Christie hopes to convince the rest of the house to keep her by exposing a deal between Nick and Michie that doesn’t exist. As Christie plots out her plan of attack on Nick, she begins crying. At this point I think crying is just how Christie processes her thoughts. She heads up to the HOH room to let Michie know that Nick is her target, not Michie. Michie agrees that Nick is skating by in this game and loves that Christie wants to blow up his game.

9:15 p.m. — Christie is telling Jessica Milagros, Nicole Anthony and Tommy her plan to put all her ducks in a row and go after Nick. At this point she has nothing to lose. What she doesn’t know is that Nick is just outside the door listening to everything she says. Nick runs up to tell Michie that Christie is driving him crazy. He’s tired of her doubting him and doesn’t understand why she hates him so much. Nick can’t wait to vote her out. Michie is hearing what Nick has to say, but he loves the drama between Christie and Nick. Finally, Nick has had it and decides to confront Christie. Michie is thrilled! Taco Tuesday in the “Big Brother” house is about to be lit!

9:20 p.m. — It may be eviction Thursday, but the real drama started on “Taco Tuesday.” The houseguests are throwing a fiesta in the kitchen when Nick decides to confront Christie. He brings Christie down to the kitchen and they agree to throw down in front of everyone. Nick is screaming that he’s been honest the entire game and Christie proceeds to expose that Nick was striking a deal with Cliff to target Michie and Holly – all while telling Michie and Holly they were safe. Then, in a badass move, Christie asks the entire house, by show of hands, who thinks Nick would put them on the block if he won HOH. Silence! Everyone thinks Nick is working with them. This is how you blow up someone’s game! Christie tells Nick he throws the HOH competitions to skate by and Nick goes absolutely ballistic. Christie says that this is her with her back against the wall and if she stays, now everyone knows that Nick is her target. Bravo, Christie! Bravo! Whether you love or hate her, this is fantastic game play.

9:25 p.m. – Now Michie and Holly are alone in the HOH room. Holly is saying she needs Nick out of the game and if they vote out Analyse, that’s one less person in his army. If Analyse stays, she’s going to continue to float through the weeks. If Christie stays, she’s going to be a target and will be desperate to work with anyone. At this point, Christie may be so defeated that she would be willing to work with them. Or at least not target them right away. After being so determined to get rid of Christie, will Michie actually change his mind?

9:35 p.m. — It’s now time for the live vote and eviction! Analyse tells everyone that she has no ties to anyone in the game (huh?) and has played an individual and loyal game all summer. Christie thanks everyone for the fun and challenging opportunity. She says she’s a fighter and all she is her word. If they look her in the eyes and trust her, she will trust them. Now it’s time to vote. By a vote of 5-1 Analyse has been evicted from the “Big Brother” house. Wow! Christie is a beast! That was one of the biggest house flips I’ve seen in years. Props to her. Analyse will join now join Jack and Kathryn in the Jury House as Juror #3.

9:50 p.m. — Earlier this week, houseguests began studying for what they thought would be this week’s HOH competition. Little did they know that “Prank Week” had already begun. A “BB Bird Watching Audio Tour” keeps them up at all hours of the night memorizing the noises of various birds. Nicole is mortified. As the houseguests gather in the backyard for the HOH competition, Julie Chen Moonves lets the houseguests know it’s “Prank Week” and tonight’s competition has nothing to do with birds or the audio tour. It’s a skill game called “Prank Shot.”

9:59 p.m. — Once again the power is up for grabs. As outgoing HOH, Michie is not eligible to compete. But before we get started, Julie lets the houseguests know that America will be voting to prank whoever wins HOH. So although the HOH will be safe this week, their duties will be pranked. In “Prank Shot,” players will roll a ball down a plank. Below the plank are numbered slots. Their score will be the number their ball lands on. The player with the highest score will be the new HOH. The two players with the lowest scores will receive punishments. Right off the bat, Holly rolls a 50, which is the highest score. Here are how the other scores played out: Cliff – 18, Nick – 34, Nicole – 18, Christie – 21, Jessica – 3, Tommy – 41. Holly is the new HOH! But will America spoil her reign? As part of “Prank Week,” America can vote for another houseguest to receive half of Holly’s power. Whoever is chosen as America’s “secret prankster” will prank the HOH by secretly choosing one of the nominees this week. They will also choose a replacement if their nominee is saved by the Veto. Vote for your favorite houseguest if you want them to have some extra power in the game!

Who will be evicted live on air? Analyse Talavera

Who will win HOH live on air? Holly Allen

Will Julie say ‘But first’ live on air? Yes