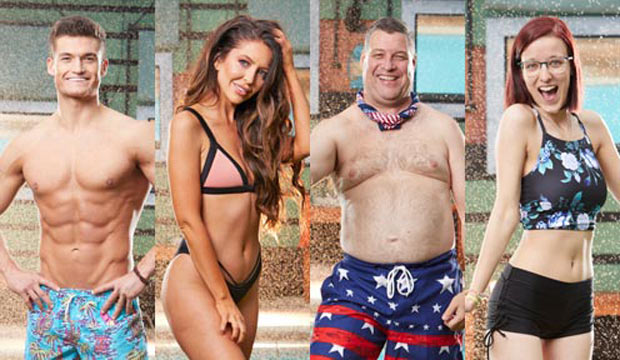 After a summer filled with drama, tears, backstabbing and epic “zings,” the Season 21 finale of “Big Brother” will take place on Wednesday, September 25. Cliff Hogg, Jackson Michie, Holly Allen and Nicole Anthony formed a successful Final 4 alliance weeks ago, but the time has come for them to finally turn on each other. So which of them has the best shot at winning the $500,000 grand prize? We break down their odds in our Final 4 Power Rankings below.

SEE‘Big Brother’: Cliff Hogg proclaims ‘age is just a number’ as he hopes to win final Veto of Season 21

1. Jackson Michie
Michie has already been hailed as this season’s “challenge beast” with more competition wins than anyone in the game. Aside from his physical prowess, Michie has navigated the game with precision and he has an unwavering determination to win. His straightforward game play may not have made him the most popular houseguest, but it’s earned him respect. Michie proved his mental fortitude last week when he delivered an epic (and completely false!) character assassination on Tommy Bracco that convinced Cliff and Nicole to evict the Broadway dancer. In doing so, Michie preserved the game of his top ally, Holly, and probably sealed his own fate as this season’s champ. We predict Michie will win his way to the finale by dominating the remaining competitions and, unless the jury absolutely hates him, he can expect to walk out of the house covered in confetti.

2. Holly Allen
If the jury does hate Michie, and some of them already do, the most likely beneficiary to that disdain will be Holly. The two of them have been a power duo all season and although Michie will likely get most of the credit for their success, Holly hasn’t exactly been a slouch. She won Head of Household twice on her own and has been (at times) a voice of reason for the more temperamental Michie. At this point the odds favor the final three being Michie, Holly and Nicole. Michie and Holly have a final two deal that neither will waver on, so the fact that just one of them needs to take out Nicole in the final HOH competition gives them pretty good odds. For that reason, Holly rockets up to number two in our power rankings and can win this game if there’s a bitter jury.

3. Nicole Anthony
Nicole is the underdog that just may pull off a miracle, but the odds are stacked against her. For most of the summer Nicole has been seen as a floater, but it wasn’t really her choosing. She simply couldn’t win a competition to save her life and never had a chance to demand power in the game. That all changed during the live double eviction episode when she earned her first HOH win and took out one of the biggest threats in the game – Christie Murphy. Where she may have lost the game was agreeing with Cliff that they should evict Tommy over Holly. Now Michie and Holly will likely control the competitions moving forward. Unless Nicole can win the final HOH, she’s totally screwed. But if she pulls that off, she will likely be the next winner of “Big Brother.”

4. Cliff Hogg
Cliff is nearly twice the age of every other houseguest this season. He was banished on Week 1 by Michie and won his way back into the game. He’s been nominated for eviction several times and was even evicted just before winning the Camp Comeback competition, which brought him right back into the game without missing a beat. Since then, Cliff has openly struck deals with whoever was in power before solidifying a Final 4 deal with Michie, Holly and Nicole. Poor Cliff’s downfall was trusting Michie too much. At one point, Cliff even seemed convinced Michie would take him to the final two over Holly! Now that Nicole is HOH, Cliff must win the Veto to survive another week. If Michie or Holly wins that Veto, Cliff is heading to jury. That seems like the most likely scenario this week and Cliff’s chances of winning have all but vanished.