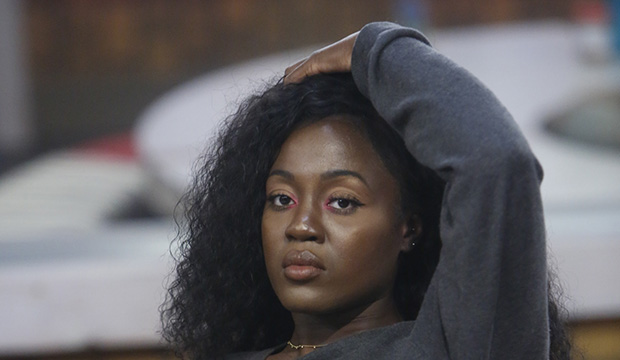 Kemi Fakunle blew up Nick Maccarone‘s and Isabella Wang‘s games in her scorched-earth eviction speech on “Big Brother 21” last week, but then things didn’t break her way at all. She got evicted to Camp Comeback, as expected, but Nick won HOH, ensuring that he and Bella were safe for another week. And then Kemi lost Thursday’s Camp Comeback comp to Cliff Hogg III, who spent about five minutes out of the game, sending Kemi, Ovi Kabir and David Alexander home for good. But had Kemi made it back in, she would not have gone after her former BFF Bella, but her nemesis Jack Matthews.

Read our exit interview below to find out why.

Gold Derby: What was going through your mind when Cliff was evicted instead of Nicole?
Kemi: I was very surprised. I’m one of the many houseguests who thinks everything is about me, so I would assume that people would vote Nicole out in the event that I would come back in the house and [we’d] work together. But again, that’s just me being self-centered. But I really, really thought the blowup that happened the night of nominations that Nicole’s fate was sealed.

Gold Derby: How do you think the blindside came about?
Kemi: I think that the two power showmances [Jack, Analyse Talavera, Jackson Michie and Holly Allen], Tommy [Bracco] and Christie [Murphy] voted to keep Nicole in an effort to blindside Nick and Bella because Jack feels that he has Cliff under his wing.

Gold Derby: Did that affect how you performed at that comp?
Kemi: No, I wasn’t going to do well in that comp. [Laughs] I recognized it from a past “Big Brother,” but I knew that balance was not something — unless I’m using my entire body — that I’d be able to do. I was hoping it’d be some sort of physical competition where I could out-perform everyone. I don’t even think I got one ball across and I wasn’t surprised at that. … Cliff — he’s good. I’m hoping if he comes into power that he makes good decisions, but we’ll see.

Gold Derby: You had two “enemies,” if you will, in the house: Jack and Bella. Who was harder to deal with?
Kemi: Jack was definitely harder to deal with because he tried to be fake. Bella, once the ties were cut, it was kind of the end of that. But Jack wears his emotions on his sleeves. I don’t know — he became obsessed with the fact that I was not upset about being evicted. It was kind of pathetic, if you ask me. Jack is just a difficult person to be around because he required attention. So did Bella, but if Jack doesn’t get it, he’ll go the extra mile to get it.

Gold Derby: Jack had been gunning for you since the beginning of the game. You asked him how this animosity started and he said it was a comment you made the first couple days about his cooking. Do you believe that?
Kemi: That’s all I have to believe at this point. I did make that comment. It came from a comment that I heard he made about me, so I really don’t know. I think a lot of it has to do with the fact that I’m not one of the women in the house gushing over his highlights and his faux Jason Momoa dreams. I couldn’t care less about that. And I think the fact that I [didn’t care] about anything that he did kind of pissed him off a little bit. He shaved his beard yesterday and wouldn’t stop talking about it, and I just kind of looked at him, like, “OK.”

Gold Derby: He didn’t have you wrapped around his finger.
Kemi: Yeah, and there’s no way with a personality like that that he could hope to.

Gold Derby: How hard is it for you to keep it cool when he’s condescendingly lecturing you about your shaker bottle in the fridge?
Kemi: Honestly, I was just confused. I thought it was gonna be a very short conversation. It’s one of those things, where, “Hey, can you just move your shaker bottle out of the fridge because it’s taking up space?” “Sure.” I’m not sure why it turned into a life lesson about how much he cares about and respects me as a person and that’s why he’s telling me this. But, yeah, the conversation was uncomfortable and unnecessary. He retold it to about half the house, so it just [emphasized] him being the raging douche lord that he is.

Gold Derby: Between him and Bella, I’m assuming you want him out first.
Kemi: Yeah, I would love for Jack not to make it to jury. There’s no way he can win the game, but I would love for him to be out right after me.

Gold Derby: What’s the most surprising thing you’ve found out in the last 18 hours about the game or moves or alliances?
Kemi: I don’t know anything at this point. I’m just waiting to see who won HOH. That’s going to be the determining factor moving forward since Nick and Bella were blindsided. Bella — well, Nick as well — but Bella thinks she’s so tight with the couples, and everyone but her and Nick think that they are playing them, so it depends on who wins HOH. If Bella wins, yikes. But if anyone but Bella wins, Bella and Nick are more than likely going to go up.

Gold Derby: Who do you hope won HOH?
Kemi: I really hope Nicole won. We promised each other that if one of us stayed, we would put up Jack and Michie. Hopefully she sticks to do that and doesn’t put up Bella and Nick. She doesn’t seem like a very spiteful person, so I doubt it. Bella or Sam wins — that’s worst case scenario.

Gold Derby: You’re very high on Sam. What did you bond over? You told Julie [Chen Moonves] you were rooting for him to win.
Kemi: Is this the part where you tell me he’s been talking crap about me the whole time?

Gold Derby: I’m not going to tell you anything if you don’t want me to.
Kemi: [Laughs] I just really like him as a person because he’s not a person that I would’ve gotten to know outside of the house. I’m not really someone who gravitates towards jokester-type people. I usually find it annoying, but I just really, really like Sam. All of his jokes are hilarious. All of his life experiences are just so funny. The way he talks about his wife and children — I love him so much as a person. And hopefully he wasn’t talking crap about me behind my back because either way I’m still going to force my way into his life.

SEE ‘Big Brother 21’ spoiler: The Week 4 HOH has been crowned and might actually, finally shake up the game

Gold Derby: He’s close with Nick and Bella, but he knows he’s the ninth person in an eight-person alliance.
Kemi: Yeah, I think he realizes that he’s not even in an alliance. We had a conversation a few days ago where he expressed that he thought he was a big target, yada, yada. I tried to drill home to him that the two showmances are against Nick and Bella, and there’s the other side of the house who are safe targets. So if someone is going to make a big move, they’re gonna go after Nick and Bella or the couples. And if someone is going to make a safe move, they’re gonna go after everyone else, so Christie, Tommy and Sam are somewhere in the middle where people are not going to take shots at them because you’re going to go big or go small. At least that’s the way I saw it. Sam got along with everyone.

Gold Derby: Who do you think is playing the best game and worst game?
Kemi: I think Tommy is playing the best game. At this point, I don’t see anyone putting Tommy up. He’s just such a likable person and he’s so close with all sides of the house. The worst game, I would say probably Kathryn [Dunn]. Kathryn thinks she’s very tight with the women in the couples’ alliance, but she’s very expendable and they all talk so much crap about her. They referred to her as a pawn star for the first half of my time in the game and she’s someone who crumbles on the block, so if that gets too annoying too quickly, I think she’ll be out. But I think she’ll make it to jury because they’ll start taking shots at each other first.