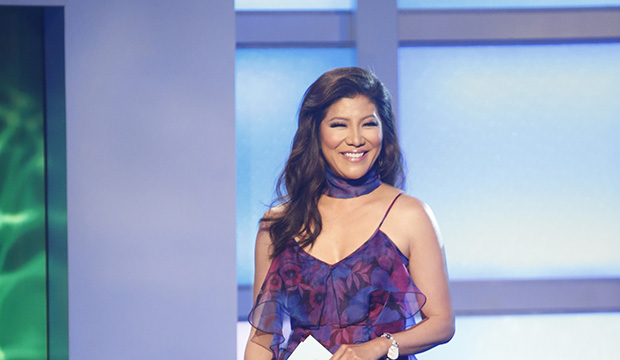 Summer is starting June 25, because that’s when “Big Brother 21” premieres! CBS announced the premiere date Monday, revealing the usual two-night premiere event will be on June 25 and 26 at 8/7c. And yes, it will be hosted by Julie Chen Moonves. But there is one unusual thing about the premiere date.

That’s because June 25 is a Tuesday. “Big Brother” usually airs Wednesdays, Thursdays and Sundays. After its first Sunday airing on June 30, the show will return to that rotation starting with the Wednesday, July 10 episode. Starting then, the weekday episodes will also move to the 9/8c slot, while the Sunday ones will remain at 8/7c.

The temporary shift to Tuesdays is possibly to accommodate the remaining episodes of “The Amazing Race,” which airs on Wednesdays. “Big Brother” has launched with a two-hour premiere the past few seasons, but both episodes on June 25 and 26 are one hour long.

Last week, the Chenbot tweeted a very brief teaser for Season 21 that really said nothing at all — it’s literally just 10 seconds of graphics and a voiceover — but we’ve been so hungry for “Big Brother” content that we’ll take anything at this point.

But while we finally have actual “Big Brother 21” news, the fate of “Celebrity Big Brother” remains up in the air. CBS has not yet made a decision on the star-fueled winter versions of the show yet.

Next order of business for “Big Brother 21”: the cast, which will be announced mid-June.