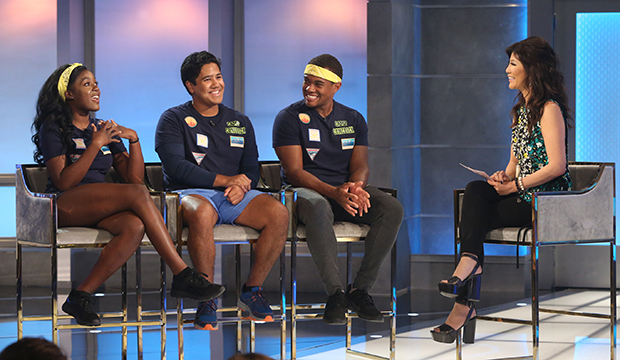 After coming under fire for multiple racist and inappropriate comments made by houseguests this season, CBS executives vowed to do a postmortem on “Big Brother 21” after it concludes to see what they could do to improve and “do better” for next year.

“We have heard things on the show that we are not comfortable with, that we have not enjoyed hearing,” CBS Entertainment President Kelly Kahl said Thursday during the network’s executive session at the Television Critics Association summer press tour. “We will absolutely after the season is over take a look at the show. Every season, we try to go back and look and ask if there’s anything we can do better next year. That is something we will do after this season is over.”

The 21st installment has been accused of racism and the edited episodes of slanted bias since the very first episode, in which three of the four people chosen by Jackson Michie for the banishment competition were people of color (and the fourth was the oldest person in the house). The first three people sent to Camp Comeback and eventually evicted after failing to win the Battle Back to return — David Alexander, Ovi Kabir and Kemi Fakunle — were people of color, as was the fourth, Isabella Wang, who was evicted last week.

SEE ‘Big Brother 21’s’ Kemi is ‘disgusted,’ ‘horrified’ by the ugly behavior in the house

On the live feeds, David commented that Camp Comeback was starting to look “colorful,” which was not shown in the episodes. In our exit interview, he downplayed the evictions as coincidental, not racist, since he lost two comps to stay in the game. But it’s been the toxic comments and bullying tactics by the other white houseguests who are in the majority alliance that have stirred the most controversy since the infamous 15th season, on which Aaryn Gries repeatedly made racist comments.

In particular, Jack Matthews, who remarked “rice pudding” in reference to Chinese-American Bella, had targeted Kemi, who’s black, from the beginning and has said such things as “I’m gonna f— you up” to threatening to “stomp a mudhole” through her chest, later claiming he was just copying what Sam Bledsoe said last season. His hateful comments were not included in the broadcast episodes — his worst edit was lecturing Kemi about leaving her bottle in the fridge — but Kemi’s Diary Room threat to Jack about how she would “spin you right around and slit that throat” for nominating her was included, even after she followed it up with “Don’t air that!”

After catching up on the show, Kemi, who said Jack was the most difficult person to deal with in the house, said in a statement two weeks ago that she’s “disgusted” by the “negative display of human character and am horrified that this is now a part of my life story.”

Fans accused CBS of misrepresenting the true dynamics in the house to broadcast-only viewers by protecting the tall, dark Jason Momoa lookalike and perpetuating the “angry black woman” stereotype. Though he didn’t cite Kemi’s quote on Thursday, Thom Sherman, CBS’ senior executive vice president of programming, said that a producer on the show “overstepped” to get a soundbite and has been “reprimanded.”

SEE ‘Big Brother 21’s Kemi sounds off on Jack: He is a ‘raging douche lord’

“We learned a producer, in an attempt to get a soundbite from one of the houseguests, overstepped,” he said. “That producer was reprimanded and receive unconscious bias training, as do all the producers on the show, and we don’t believe an incident like that will happen again.”

Kahl assured that all producers receive unconscious bias training and blamed the constraints of network television airtime for condensed edits that may not tell the whole story. After a reporter read aloud a passage from an essay by “Survivor: Edge of Extinction” star Julia Carter, in which she revealed other castaways called her racial slurs and the N-word and pointed out CBS’ history of implicit and explicit racism in its casting and shows, Kahl said a majority of their reality alums across all of their shows don’t have issues with how they were represented on air (to be clear, most of its alums are white).

“I think a vast majority of people who come off those shows are very happy with the way they were represented. Most people who’ve been on those shows speak very fondly of their experience,” Kahl said. “I’m not sure we can always edit the show — in the cases of all these shows, there are thousands of hours that are condensed down to 42 minutes per episode. We are simply not able to show every single thing that happens on the show. We and the producers strive to show you a good representation of what happens, and I think they do a good job of it.”