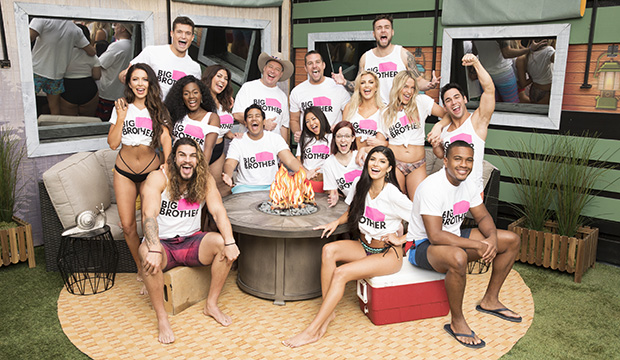 “Big Brother 21” premieres Tuesday with 16 new players entering Camp B.B. And what a better way to kick off the summer camp-themed season than by having the houseguests get lost in the woods. Yup, that’s the first challenge of the season.

“TV Guide Magazine” has a first look at the challenge, including an artistic rendering of what the backyard will be transformed into. A twist on the “BB” staple black box challenge, in which houseguests crawl around in the dark, this challenge will drop the houseguests into the “woods” with no light, and they must find their way back to the house, Camp B.B.

Obstacles include decoy camps, Camp Bee Bee, which is basically a honey pit and will be awful, and Camp Bee Gees, which is a disco room and actually sounds kind of great. Per the drawing, there’s also Camp PBJ, which sounds delicious but is probably awful, and Camp Baby, which will definitely be awful. 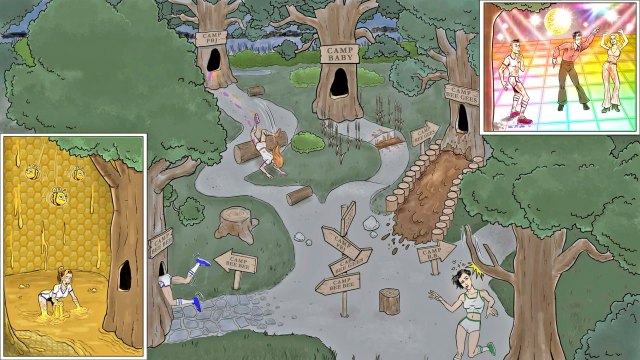 “This challenge has one of the things we love to do in ‘Big Brother,’ which is put our houseguests in complete darkness and play a game,” executive producer Rich Meehan tells the magazine.

SEE Bookmark this: Here is the ‘Big Brother 21’ TV schedule

Fellow executive producer Allison Grodner adds that they wanted the first challenge to be as “fair as possible.” “Everyone can do well [on this one],” she says. “It’s not going to rely on a specific skill that maybe one person will have over another.”

Note that TPTB and “TV Guide Magazine” do not call this the Head of Household challenge. That doesn’t mean it’s not one, but it’s more likely a general challenge, as the show is wont to do to kick off the season, that determines immunity or secures a power or has something to do with the twist.

“Big Brother 21” will have a two-night premiere on Tuesday and Wednesday at 8/7c on CBS. 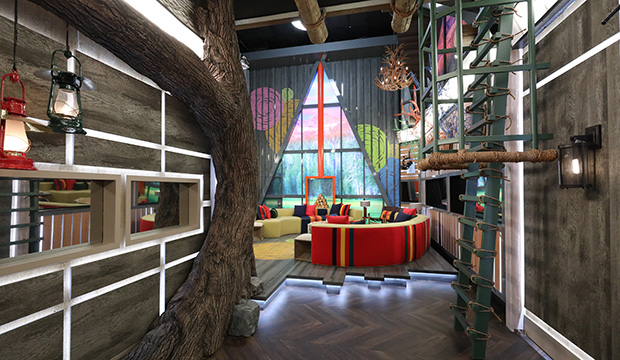