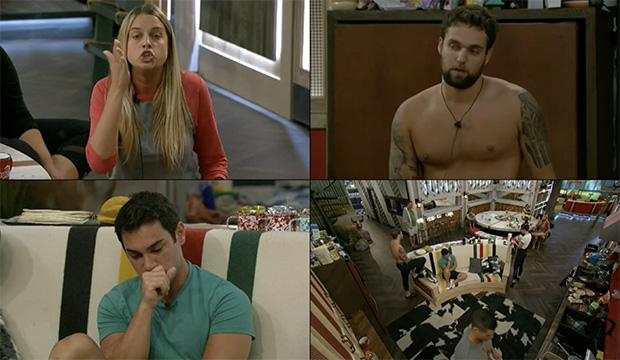 Happy Taco Tuesday! The “Big Brother 21” gods delivered with the Christie Murphy vs. Nick Maccarone showdown we were teased, and was it a doozy. It didn’t change anything in terms of the vote, but this is the kind of drama we want.

Christie had been planning to blow up Nick’s game since Monday, but she had talked herself out of it by Tuesday afternoon because she wanted to campaign with integrity and whatnot on Wednesday. Nick had gotten wind of her scheme and, since they had already chatted on Monday, knew that she’d be calling him out for playing all sides and throwing HOHs, so he did some damage control on Tuesday, which really only fired him up.

In the midst of all this, Jackson Michie did his part (for us) and encouraged Christie to go for it because she has nothing to lose, etc., and it’d be ideal at Taco Tuesday because everyone would be in the room. Jackson’s only horse in the race here is himself. He knows Christie’s leaving, he wants to shrink the target on himself and move it onto Nick. He is a messy bitch who lives for drama, and we are here for it.

SEE ‘Big Brother 21’ spoilers: Christie plans to blow up games just in the Nick of time

As if on cue, Nick stormed into the HOH room during Christie and Jackson’s convo and told her to keep his name out of her mouth. They then took it downstairs to the kitchen, where Holly Allen was preparing Taco Tuesday dinner and everyone else had gathered around, and went at it. You can rewind on the feeds to around 7:52 p.m. PT or just watch below.

This went on for almost 25 minutes, and it was just a continuous cycle of each of them yelling at each other about their lies, the other denying them, and claiming they’ve always been honest. Christie kept calling Nick’s game “sick.” He dropped “bro” about 29 times. Some choice highlights:

Christie: “Just so you know, screaming makes you look guilty. You should know. You are a therapist.”

Nick: “Day 33 — you told me you don’t want to go to six with showmances, you don’t like Michie and he is not a good person, and you said Nicole [Anthony] will take a shot at Jack [Matthews]. Word for f—ing word, bro.”

Christie: “You are playing a sick game. You are in a position right now that you have people around you cushioning you. And You don’t have to win comps because everyone is just going to take cross shots at each other. You made deals to keep you safe for the next week, and that’s it. You don’t have to do anything.”

Christie: “Play the tapes. You were playing the victim role because you are so good at this game.”

Everyone’s reactions during this fight was to die for. Holly just wanted to finish cooking. Analyse Talavera played dumb, which is not hard. Nicole wanted it to end. Cliff Hogg III was basically us. Jessica Milagros was a cartoon realizing she’s had no idea what’s been going on this whole time. 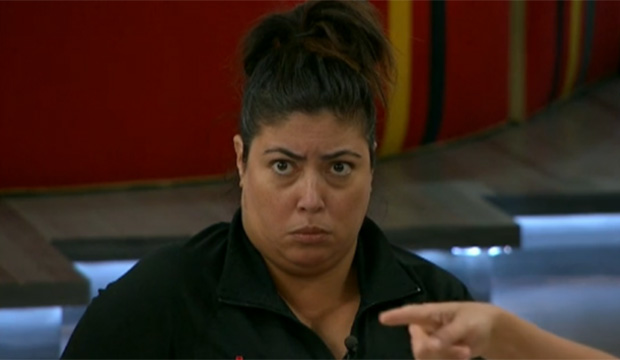 Tommy looked like he was physically in pain and wanted to die. 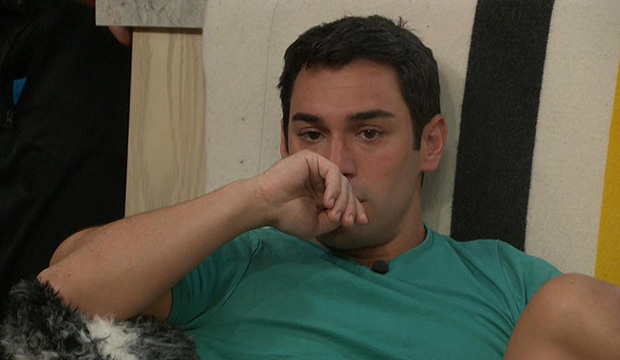 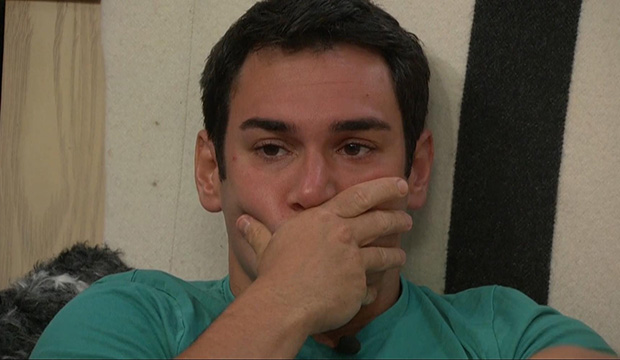 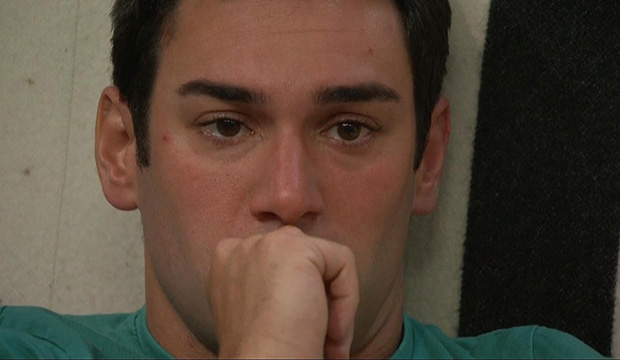 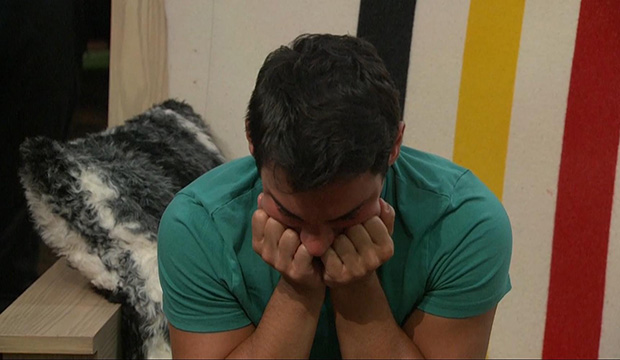 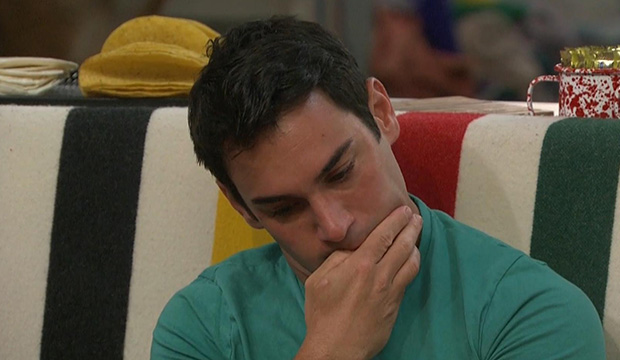 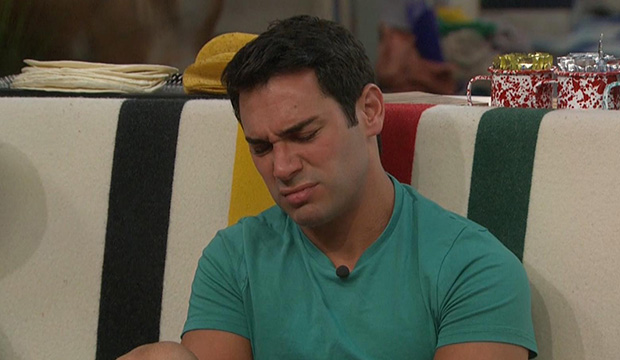 And Jackson could barely contain his glee as he sipped his tea. 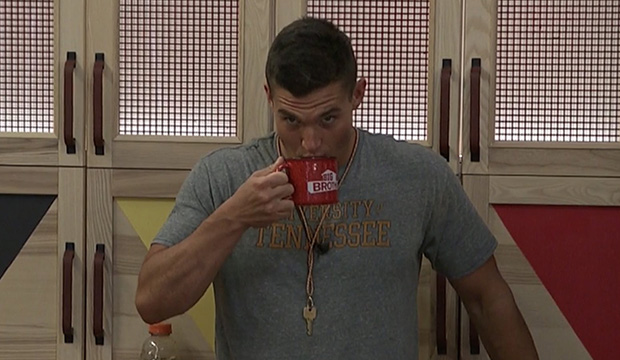 Say what you will about Jackson, but he really gave the people what they wanted as HOH.

It all ended with Nick walking away to the target room to cry, which was also where he actually spent Taco Tuesday dinner —  yup, eating a sad taco in bed. He probably thought Christie would bust out the tears — scratch that, we all did — but she stayed composed throughout the entire fight. If you just judge the blowup itself, Christie came off better, but she’s also a master verbal manipulator, so that’s not that surprising. Nick just curses and says “bro” a lot. Still, like Nick said, she wasn’t revealing anything shocking here. Everyone has known Nick has been playing all sides and some have suspected he’s been throwing HOHs as well. But he also didn’t say anything new about her either — everyone already knows at this point that she was going to justify not using the Diamond Power of Veto on Jackson and Jack’s “bullying.” So they were just screaming in circles, which is fine.

Afterward, Tommy, Analyse, Nicole and Cliff went to console a sobbing Nick — seriously, he kept snorting up his snot — while Christie was in the Diary Room. They all reassured Analyse that she’s staying and told Nick they believe him. Even Tommy has completely abandoned USS Christie now. “I warned Christie when she was talking about Jackson. I said it twice. She didn’t listen. That’s why she is in this position,” he said. “She is bitter because her game is over. What just happened changed nothing. You are not doing anything wrong. You have been nothing but honest.”

SEE ‘Big Brother 21’ spoilers: Christie just made a desperate pitch and Jackson straight-up snapped: ‘F— it and f— them too’

Cliff floated the idea of all of them working together moving forward, but nothing was made concrete. Later, Jackson asked Cliff if there is an alliance of five, to which Cliff said no. Jackson reiterated wanting to work with Cliff and Nicole. Nicole is more wary of Jackson now, though, because she, like everyone else, realized that Jackson egged on the fight. Holly, Jackson and Christie then honed in on Nicole’s ostensible loyalty to Nick, wondering why she sticks with him when he’s burned her. We all know Nicole doesn’t 100 percent trust Nick, but she’s not very proactive and doesn’t speak up, which can be a good thing sometimes (this house needs to learn how to keep quiet more). Christie thinks Nick, Nicole, Tommy and Analyse have a final four.

She also believes she’s lost Tommy to Nick, who, per Holly, has everyone under his spell. “Look at Sis. [Nick] is in there rubbing her feet. Look at Tommy. He is in there rubbing his… other thing,” she said. And then Christie went and spelled it out for us as if we didn’t know what Holly was talking about: “Rubbing his dick with his foot.”

Christie believes she can still stay if she can win Tommy back, so she plans to do one-on-ones Wednesday starting with him. Good luck with that.

Respect for Christie’s hustle. She knows she’s going and she’s going out blowing up Nick’s game. She’s right; this is her shot at staying, but everyone’s locked in at this point. And that’s the tea.