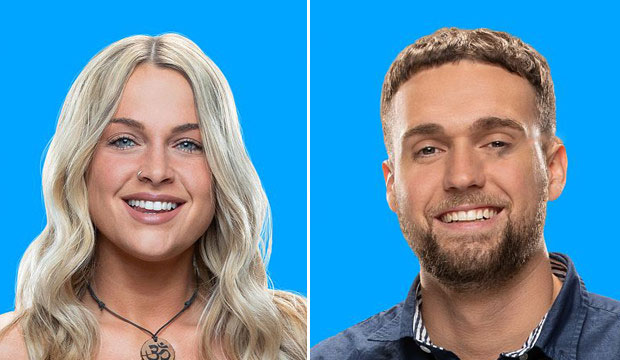 On Sunday’s episode of “Big Brother,” we learned that Holly Allen, who’d won the Head of Household competition at the end of last Thursday’s live episode, had nominated Nick Maccaron for eviction. That wasn’t such a surprise given that she done just that as HOH back in Week 5. And we found out that Nick, who’d been chosen as America’s Prankster, had made Christie Murphy his pick.

The only way for one of them to avoid facing the vote on August 29 is to be removed from the line-up at Monday’s Power of Veto ceremony. We’ve been watching the #BB21 live feeds so keep reading if you want to know spoilers about the results of Saturday’s POV and its effect on the Week 9 eviction nominations.

This is the second time in as many weeks for Christie to face a jury of her peers. Last week she was nominated by Holly’s pal Jackson Michie but managed to convince everyone, except Nick, to vote for Analyse Talavera. And Nick had escaped the vote in Week 5 by winning the Power of Veto competition.

Would he be so lucky again this week?

The POV event took place on Saturday afternoon. Joining Holly, Christie and Nick in the competition were three other houseguests — Jackson, Cliff Hogg and Jessica Milagros. Jackson proved to be a powerhouse once again and won the Power of Veto.

As with last week, Jackson has has resisted pleas to invoke his Power of Veto to remove one of the nominees. He knows that, as America’s Prankster, Nick would get to name the renom. If Jackson won’t use the veto it looks like Christie and Nick will remain as the two nominaions for eviction on Thursday’s live episode. Vote in our poll below as to which of these two you’d like to see evicted on August 29.

SEE ‘Big Brother 21’ spoilers: Who won Week 9 Power of Veto competition on #BB21 and what does this mean for August 29 eviction?