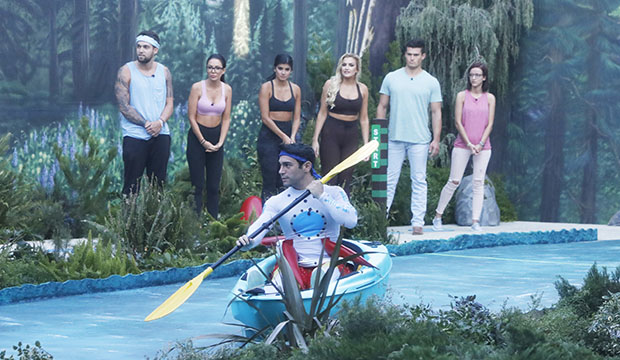 “Love” is not on the air, which means “Big Brother 21” will get its time slot back. The show’s Wednesday episodes — aka the Veto episodes — will move up an hour back to its usual 8 o’clock time slot this week, Aug. 14, so you better make it home in time if you’re not DVRing.

After airing its first two Wednesday episodes at 8/7c this season, “Big Brother” shifted them back an hour to 9/8c starting on July 10 to accommodate the U.S. version of “Love Island,” which premiered July 9 and aired weeknights at 8/7c. “Love Island” wrapped its inaugural season last Wednesday, so the vacated time slot has “Big Brother’s” name on it once again for the rest of the season.

The rest of its broadcasts remain unchanged. The live 90-minute finale is scheduled for Wednesday, Sept. 25 at 9:30/8:30c.

This Wednesday’s episode will feature OTEV, and it’s a biggie with Christie Murphy as the third nominee, alongside Cliff Hogg III and Kathryn Dunn, after she lost the America’s Field Trip comp.

So to recap: You can now return to your regularly scheduled “Big Brother” programming of the past few years. Sunday and Wednesday episodes are at 8/7c and Thursday’s live evictions are at 9/8c. It’s like nothing ever changed. Except it did for a whole month.

SEE ‘Big Brother 21’ spoilers: Tommy’s plan will get back on track because the universe hates us

And as always, the “Big Brother” live feeds are on 24/7 on CBS All Access — honestly, a real value this year since the broadcast shows have excluded some… very controversial incidents — and “Big Brother After Dark” airs every night on Pop at midnight, except Wednesdays and Thursdays, when they start at 1 a.m./midnight c.