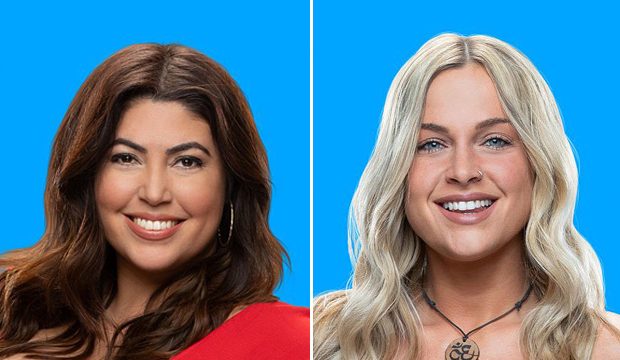 Jackson Michie won the Week 10 Head of Household competition an hour after the end of the live August 29 episode of “Big Brother.” This 24-year-old server from Los Angeles then had to decide which two #BB21 houseguests to nominate for the live eviction vote on September 5. He singled out Jessica Milagros as his target, given that she is determined to oust the three remaining men from the competition. And he put up Christie Murphy as the pawn.

Jessica has only been in the firing line one other time this season. That was back in Week 2 when she was nominated by HOH Jack Matthews. While the rest of the house lined up against Kemi Fakunle, Jackson was the lone vote against Jessica.

Conversely, this is the third week in a row for Christie to face a jury of her peers. In Week 8, she won a lopsided vote, with Analyse Talavera sent home; the only vote against her was Nick Maccarone. In turn, he was ousted in Week 9 by a unanimous vote. Will Christie be so lucky again this week?

Vote in our poll below as to which of these two you’d like to see evicted this Thursday. Or do you like them both so much that you want to see a substitution in the nominations? The only way that will happen would be as a result of the Power of Veto competition. We’ve got those spoilers if you want to know.

SEE ‘Big Brother 21’ spoilers: Who won Week 10 Power of Veto competition on #BB21 and what does this mean for September 5 eviction?

We were glued to the live feeds over the Labor Day weekend and can report on the results what happened at the POV competition and ceremony. The POV event was was held Saturday. Alongside Jackson, Christie and Jess, three other houseguests took part. We won’t know till Monday’s PoV ceremony whether the line-up will change in advance of the live vote on Thursday.