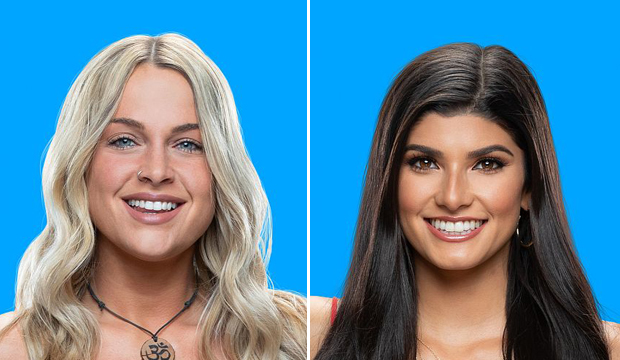 Jackson Michie won the Week 8 Head of Household competition shortly after the end of the live August 15 episode of “Big Brother.” This 24-year-old server from Florida then had to decide which two #BB21 houseguests to nominate for the live eviction vote on August 22. Before he moved into the house, Jackson had described himself as “driven, assertive, and confident.”

He has certainly proven to be that in his first time as HOH as he weighed up who to make his nominations. From the moment Jackson won the endurance competition on Thursday, it was clear that he was going to name Christie Murphy as one of the two nominees. But he wavered throughout the day on Friday as to who else should go on the chopping block.

Jackson considered nominating Cliff Hogg, the petroleum engineer from Texas who’d put him up for eviction when he was the Week 4 HOH. Jackson won the POV that week, saving himself from the live vote. The other houseguest who had nominated Jackson was Jessica Milagros in Week 6. When she won the POV, the line-up remained the same, with Jack Matthews as the other nominee. He lost in a landslide to Jackson.

The only two houseguests to vote for Jackson’s ouster that week were Christie and Analyse Talavera. In the end, he decided to name Sis as well. Vote in our poll below as to which of these two you’d like to see evicted on August 22.Or do you like them both so much that you want to see a substitution in the nominations? The only way that will happen would be as a result of the Power of Veto competition. We’ve got those spoilers if you want to know.

SEE ‘Big Brother 21’ spoilers: Who won Week 8 Power of Veto competition on #BB21 and what does this mean for August 22 eviction?

The POV event was was held Saturday. Alongside Jackson, Christie and Sis, three other houseguests took part. We won’t know till Monday’s PoV ceremony whether the line-up will change in advance of the live vote on Thursday.