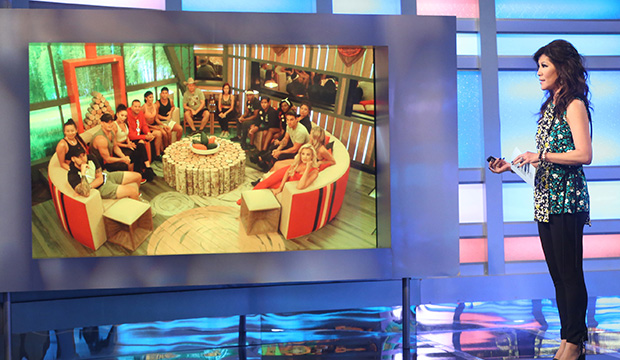 Every season CBS gives away a special prize of $25,000 to the “Big Brother” player viewers deem to be America’s Favorite Houseguest. Recent recipients of this cherished honor include Tyler Crispen (Season 20), Cody Nickson (Season 19) and Victor Arroyo (Season 18). CBS will officially open up this year’s contest in the lead-up to the Season 21 finale, but in the meantime we’re dying to know which houseguest you’ll be rooting for. Vote in Gold Derby’s poll below and then defend your choice in the comments section.

Sixteen players entered the “Big Brother” house on June 25 for a brand new season of twists and turns. This time around the house was decorated in a camp theme, with host Julie Chen Moonves announcing it would be the “craziest summer camp” ever. On the first day one houseguest — Jackson Michie — was voted the BB Camp Director, giving him the power to banish four people from the house. Michie chose David Alexander, Kemi Fakunle, Jessica Milagros and Cliff Hogg, with David getting lost in the BB Wilderness and unable to find his way back to the house.

After David left, the houseguests soon learned that this season’s Camp Comeback twist would allow the first four eliminees the chance to return. The next three live evictions then saw Ovi Kabir, Kemi and Cliff all joining David at Camp Comeback. A special competition for the four ousted players resulted in Cliff winning and returning to the game. Cliff then miraculously won Head of Household that same night and later sent home Isabella Wang, the showmance partner of loner Nick Maccarone, during his reign.

Throughout the summer a strong alliance dominated almost every aspect of the game. Led by alpha males Michie and Jack Matthews, aka the villainous Jacks, the Six Shooters notably consisted of three couples: Michie & Holly Allen, Jack & Analyse Talavera and Tommy Bracco & Christie Murphy. This group split up just prior to the live eviction of Sam Smith, thanks in part to false accusations that Holly and Kathryn Dunn knew each other outside of the game. It was one of the biggest ironies in “BB” history because Tommy and Chrstie actually did know each other, but they’ve done an ace job of keeping it secret.

Fighting against the Six Shooters week after week were a group of unlikely outcasts known as Cliff’s Angels: Cliff, Kat, Jessica and Nicole Anthony. As of this writing the current Head of Household is Michie, and he’s just nominated Analyse and Christie for eviction. Who will end up being voted out Thursday night, joining fellow jury members Jack and Kat?