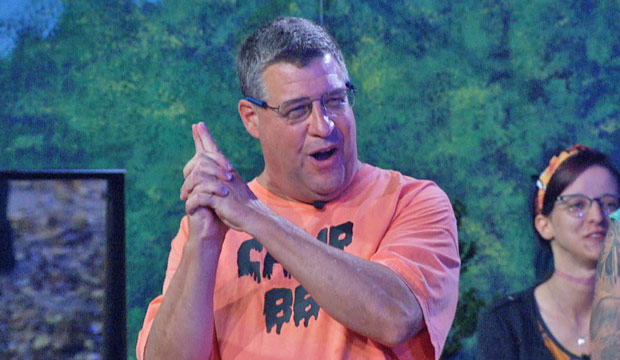 Was there ever any doubt? In our recent poll that asked “Big Brother” fans to name who they want to win America’s Favorite Houseguest (and the $25,000 prize that comes with it), 39% voted for Cliff Hogg. Yee-haw! CBS will officially open up voting for this cherished honor in the lead-up to the Season 21 finale, with the ultimate recipient joining the likes of recent faves Victor Arroyo (Season 18), Cody Nickson (Season 19) and Tyler Crispen (Season 20).

Cliff, a 54-year-old petroleum engineer from Houston, Texas, has faced an uphill climb since day one, ever since he was banished by BB Camp Director Jackson Michie and had to crawl his way back to the house. Cliff was then nominated for eviction by Head of Household Christie Murphy, but his buddy Sam Smith won the Veto and took Cliff off the block.

In the fourth week Cliff finally earned some semblance of power in the game when he won Head of Household … of course, that victory followed his eviction and subsequent return to the house by winning the Camp Comeback Comp. Cliff’s goal as HOH was to get out one of the big threats — i.e. Michie or Jack Matthews — but when Michie won Veto, Cliff agreed to put up Isabella Wang as a replacement nominee and she was sent packing.

Last week Cliff was again nominated for eviction but he managed to get himself out of that pickle by agreeing to a new six-person alliance with Christie, Tommy Bracco, Analyse Talavera, Nick Maccarone and Nicole Anthony. The person who was sent home instead of Cliff last week was Kathryn Dunn, who now comes in second place in our America’s Favorite Houseguest poll at 18%.

Below, see the complete poll results for all 16 players. Note that only four of them have double-digit support (Cliff, Kat, Nicole and Sam) while four are tied at the bottom of the pack at 0% (Analyse, Isabella, Jessica Milagros and Kemi Fakunle).