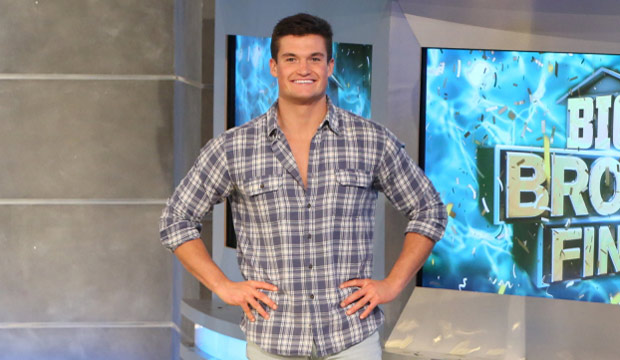 You win some, you lose some. Even though Jackson Michie earned bragging rights on Wednesday night as the winner of “Big Brother” Season 21, only 29% of fans who voted in our recent poll claim they’re “happy” he won. Conversely, a whopping 69% of readers proclaim Nicole Anthony “should have won,” while just 2% thought it should have been Holly Allen. Do YOU agree or disagree with those poll results? Sound off down in the comments section.

Since Day 1, Michie had high hopes of walking out of the house with confetti on his shoulders, and that’s exactly what happened on Day 99 after the jury gave him six votes to Holly’s three. However, his victory was tarnished when host Julie Chen Moonves brought up all of the racist and sexist allegations that had plagued the show in early summer. Michie was clearly caught off guard, having been living in the “BB” bubble for three months and unaware of how he was being perceived.

Specifically, Julie brought up Michie’s decision to banish three minorities on the first day (David Alexander, Kemi Fakunle, Jessica Milagros) as well as the oldest person in the house (Cliff Hogg). At the time Michie said he made his picks solely for strategic reasons, but when Julie informed him about how many viewers saw his actions as un-PC, his mouth shot open in shock.

“Michie, you had a very serious look on your face,” Julie told him at the end of the show, shortly after announcing Nicole as the recipient of America’s Favorite Houseguest. “You wanted your confetti. You got your confetti. How are you feeling?”

Michie took a moment to himself before responding, “I did it for my family. I did it for my mom, I did it for my dad. At the end of the day, what matters more to me than half a million is that they’re proud of me. I just hope that everything’s all right.”