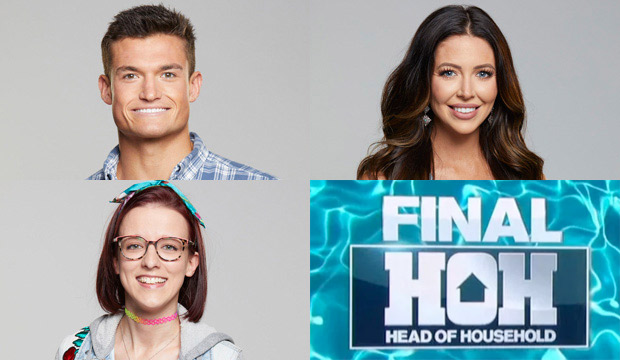 Season 21 of “Big Brother” ends on Wednesday, September 25 with a live 90-minute finale on CBS that kicks off at 9:30 pm ET/8:30 pm CT. Three houseguests are still in the running for the $500,000 grand prize: Holly Allen, Nicole Anthony and Jackson Michie. On Sunday’s episode, we saw Jackson win Part 1 of the 3-part Final Head of Household competition. Keep reading if you want “Big Brother” spoilers on who won Part 2 of the Final HOH and who is likely to win season 21.

Part 2 took place on Saturday and saw Holly and Nicole do battle. After a marathon competition, Holly emerged as the winner. That means she and Jackson will face off on the live episode in Part 3 of the Final Head of Household competition. The winner of that will get to choose which of the other two to take to the #BB21 jury.

As of this writing, both Holly and Jackson are committed to taking the other to the jury. But which of them will win? To claim bragging rights and the $500,000 prize, Holly or Jackson will have to win over five of the most recent nine houseguests to be evicted.

Holly is all but certain to have the votes of Nicole and three of the other four women on the jury: Kathryn Dunn, Jessica Milagros and Christie Murphy. Jackson will have support from the fifth woman, Analyse Talavera, as well as three of the four men who sit in judgment: Tommy Bracco, Nick Maccarone and Jack Matthews.

The deciding vote will be cast by Cliff Hogg. We think he will vote for Jackson. Do you agree? Cast your ballot in our poll below and then sound off in the comments section with your thoughts on season 21 of “Big Brother.”