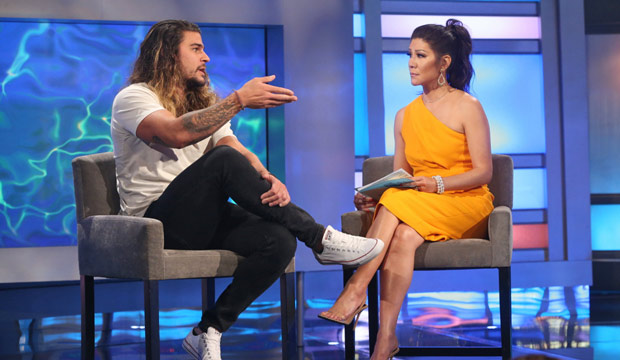 CBS’s long-running reality TV show “Big Brother” is notorious for casting villains we all love to hate. Admit it, there’s something so captivating about watching a bad guy or girl manipulate or trash the other players summer after summer. Click through our photo gallery above to see our 19 favorite “Big Brother” villains, ranked worst to best. Do you agree or disagree with our choices?

Currently midway through its 21st season, the show is still churning out villains on a regular basis. Case in point: the “Jacks.” Both Jack Matthews and Jackson Michie make our updated list of the most diabolical baddies of all time. These alpha males rubbed many of their fellow houseguests the wrong way, with Jack getting extra attention for the way he treated Kemi Fakunle. He called her everything from a “b****” to a “maggot,” and said he wanted to “stomp a mudhole” through her chest, later claiming he was just echoing Sam Bledsoe’s threat from Season 20.

Then there’s Michie, who was a part of the dominant Six Shooters alliance that imploded after he theorized that two houseguests actually knew each other before the game began (they didn’t). While Jack was eliminated last week and was confronted about his controversial comments by host Julie Chen Moonves, Michie is still in the game. In fact, he’s completely safe this week and can’t be nominated for eviction after coming in first place in the America’s Field Trip challenge.

SEE‘Big Brother 21’ spoilers: A new alliance takes shape, which is good news for one nominee

Of course, no list of “BB” villains would be complete without mentioning the show’s first-ever alliance, Chilltown. Ring-ring! It’s Mike “Boogie” Malin and Will Kirby, who successfully dominated the second season through bullying and fear. It wound up working perfectly. Dr. Will won that cycle, then the diabolical duo was asked back for the first “All-Stars” edition where it was Boogie’s turn to claim victory. See the complete list of “Big Brother” winners.

As of this writing there are still 10 houseguests left in the “BB21” game hoping to win the $500,000 prize: Michie, Analyse Talavera, Christie Murphy, Cliff Hogg, Holly Allen, Jessica Milagros, Kathryn Dunn, Nick Maccarone, Nicole Anthony and Tommy Bracco. Other than the “Jacks,” do you think any of them deserves to be added to our photo gallery of the show’s greatest villains ever?