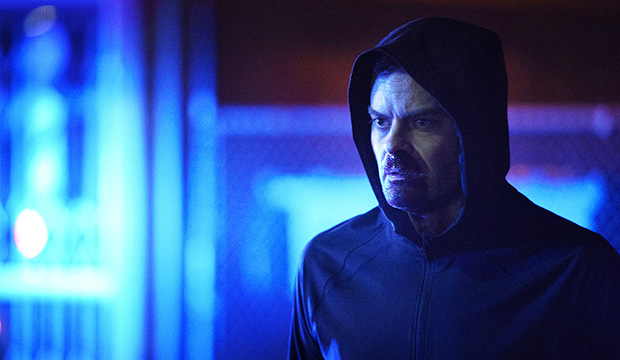 Bill Hader pulled off a surprise Emmy win last year, beating favorite and defending champ Donald Glover (“Atlanta”) for Best Comedy Actor for “Barry.” But don’t be surprised in the least if he defends his title this year — not just because of his stellar performance or because he’s now the odds-on favorite — but because this category loves repeat champs.

All of the three-time and record four-time champs won at least two Emmys in a row. (Dick Van Dyke won three in a row for “The Dick Van Dyke Show,” but the second one came in 1965, when the Emmys awarded multiple winners in just four catch-all categories, and he was one of the five winners for acting, so technically it’s not under the Best Comedy Actor category.)

Since 2000, not counting Hader, only six people have won this category once for the same role. In this decade, prior to Hader, Jim Parsons (“The Big Bang Theory”) took home back-to-back Emmys twice (2010-11, 2013-14), followed by Jeffrey Tambor (“Transparent”) nabbing two in a row. Only Jon Cryer (“Two and a Half Men,” 2012) and Glover interrupted with their single victories.

Michael Douglas (“The Kominsky Method”) had been on Hader’s heels in our odds earlier this year, but Hader has since pulled away with the second season of “Barry” bowing at the end of March. There’s no sophomore slump here as “Barry” has only grown in acclaim, and Hader also directed the best episode of the season, the fifth episode, “ronny/lily,” in which, to put it simply, Barry gets his ass kicked by a little girl. There is a strong chance Hader could duplicate Glover’s 2017 pair of wins in comedy actor and directing.

SEE Bill Hader is the most likely non-‘Game of Thrones’ Emmy champ to repeat, fans predict

Now, yes, we were basically arguing the same thing in favor of a Glover comedy actor repeat last year, but in hindsight, the Emmys obviously didn’t care about the second season of “Atlanta,” with “The Marvelous Mrs. Maisel” and “Barry” in the mix, since it got shut out at the main ceremony. The good news for Hader is that outside of Douglas, who could win on his name alone, no new show has broken out in the same way.