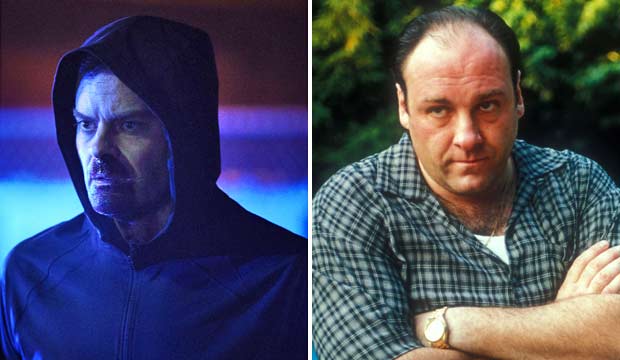 HBO has been an Emmy juggernaut for so long that it might be surprising to learn only one lead actor has ever won multiple times for a series on the premium network: James Gandolfini (“The Sopranos”). But he might finally have company this year. Bill Hader (“Barry”) is the front-runner to win his second straight Best Comedy Actor prize for playing another killer in the mob world. I guess crime really does pay.

It came as a surprise to many when Hader won in 2018. He defeated Donald Glover, who had prevailed in 2017 for “Atlanta” and was widely considered the front-runner again. But “Atlanta” didn’t air any new episodes this past season, so now Hader has the category all to himself. He was only the second HBO actor ever to win Best Comedy Actor, following Ricky Gervais (“Extras”) in 2007. Now he gets leading odds of 7/2 to do it again based on the combined predictions of thousands of Gold Derby users. That includes support from 17 out of the 24 Expert journalists we’ve polled as of this writing who say he’ll take top honors.

Only two HBO actors ever won Best Drama Actor. Gandolfini was the first, winning in 2000, 2001 and 2003. Then Jeff Daniels (“The Newsroom”) pulled off an upset a decade later in 2013, but didn’t win again. That’s it for the pay cabler, despite many other lead-acting nominations for dramatic actors like Peter Krause and Michael C. Hall (“Six Feet Under”), Ian McShane (“Deadwood”) and most recently Ed Harris and Jeffrey Wright (“Westworld”), plus funny men Garry Shandling (“The Larry Sanders Show”), Larry David (“Curb Your Enthusiasm”) and Thomas Middleditch (“Silicon Valley”), among others.

So if Hader does manage to join Gandolfini in that exclusive club, perhaps we can expect HBO to greenlight a lot more killer shows in the future.