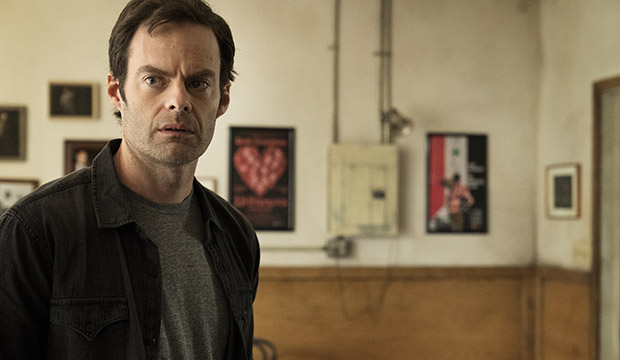 With 18/5 odds, Hader is the frontrunner to win Best Comedy Actor again, slightly ahead of “The Kominsky Method” star Michael Douglas. The two split the Golden Globe and Critics’ Choice Awards in January, with Douglas taking the former and Hader, the latter. Neither emerged victorious at the Screen Actors Guild Awards, where Tony Shalhoub (“The Marvelous Mrs. Maisel”) prevailed in the single comedy actor race.

Emmy voters have also loved repeat winners in this category in recent years; since 2000, only six people have won once for the same role, not counting Hader. Plus, “Barry” just kicked off its second season, so it’ll be fresher in voters’ minds.

In second place with 34 percent is Borstein, who also leads our odds in Best Comedy Supporting Actress. She’ll have a new foe this time around in Anna Chlumsky (“Veep”), who’s been nominated five times but has yet to win. Will the sixth and final time be the charm? Like Best Comedy Actor, this category is also fond of repeat winners, as three people this decade have all won back to back: Julie Bowen (“Modern Family”), Allison Janney (“Mom”) and Kate McKinnon (“Saturday Night Live”).

There’s a huge drop to third place, which Brosnahan grabbed with 11 percent of the vote. Brosnahan has swept every major award so far for “Maisel,” but she has yet to face off against Emmy queen Julia Louis-Dreyfus, who’s aiming to be a perfect 7 for 7 for “Veep.” Louis-Dreyfus is favored to win, while Brosnahan is in second. If Brosnahan sneaks out the win, she’d be the first repeat champ outside of Louis-Dreyfus since Patricia Heaton (“Everybody Loves Raymond”) in 2001.

Just 9 percent believe “Maisel” can defend its Best Comedy Series crown with three-time champ “Veep” back in the mix with its seventh and final season. And only 4 percent think Winkler will go back to back. He’s in third place in our odds, behind Alan Arkin (“The Kominsky Method”) and two-time champ Tony Hale (“Veep”).