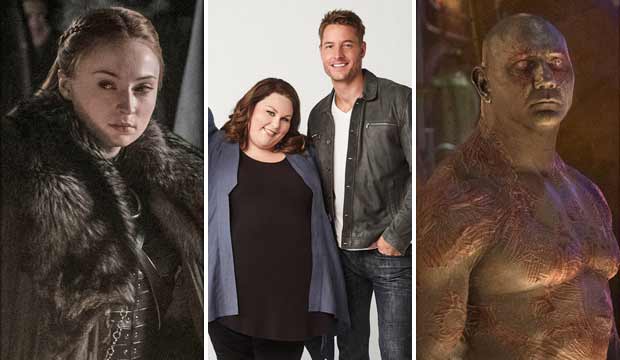 It has been a busy week for a few others. Cobie Smulders (“Avengers”) and David Bautista (“Guardians of the Galaxy”) are both members of the Marvel Cinematic Universe, which just capped off a 22-film storyline in grand fashion with the record-breaking “Avengers: Endgame.” And Sophie Turner endured the Battle of Winterfell as Sansa Stark on “Game of Thrones.”

And of course there are some members of the NBC family among those appearing on the telecast airing on the Peacock Network. Chrissy Metz and Justin Hartley can of course be seen as Pearson siblings on “This is Us,” while Jesse Spencer is the longtime star of “Chicago Fire.”