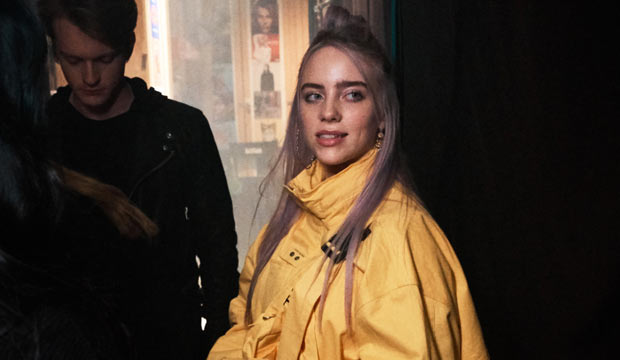 It’s April, and there are only four months left in this Grammys cycle now that the cutoff date has been moved up to August 31 instead of September 30, and no decisive front-runners have emerged yet. That might have changed with the arrival of Billie Eilish, whose debut studio album “When We All Fall Asleep, Where Do We Go?” was released on March 29 to that ideal combination of critical acclaim and chart-topping sales. Could she end up dominating the 2020 awards?

Eilish is a 17-year-old singer-songwriter who has already been working for a few years. She released two EPs and several singles before “Fall Asleep” dropped last month. Four of those singles were certified gold by the Recording Industry Association of America and two of them went platinum (“Ocean Eyes” and “Lovely” with Khalid). And “Fall Asleep” gave her her first number-one hit on the Billboard 200 albums chart, while also boosting her single “Bad Guy” into the top 10 on the Hot 100 singles chart.

And not only did she take number-one, she did it in dramatic fashion. She accumulated 313,000 equivalent album units, which are calculated by combining album sales, track sales, and online streams. Of those 170,000 were traditional album sales, which gave her the second biggest sales week of the year. And when it comes to streaming, she had the third biggest week for any woman in history. Did I mention she’s only 17?

“Fall Asleep” also earned mostly rave reviews from critics. It has a MetaCritic score of 81 based on 19 reviews counted as of this writing — 18 positive, only 1 mixed. Thomas Smith (NME) calls the album “brave and resounding.” Laura Snapes (Guardian) adds that “the highs are thrilling.” And Chris Willman (Variety) says it “should be a shoo-in for an Album of the Year nomination.” He might be right.