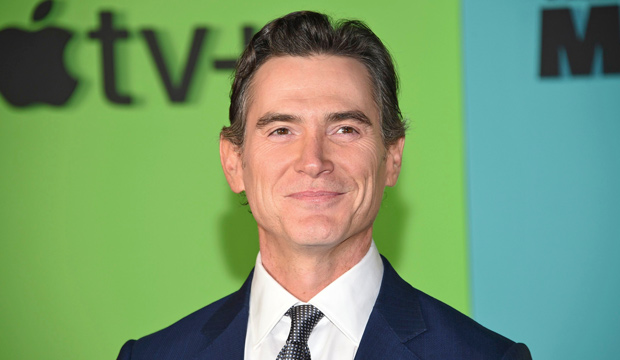 One of the most pleasant surprises of this fall awards cycle has been Billy Crudup‘s recognition for the Apple TV+ drama “The Morning Show.” As breakout character Cory Ellison, a freshman UBA network executive, the versatile actor received individual bids at the Screen Actors Guild Awards and the Critics’ Choice Awards. Crudup’s SAG nomination was all the more impressive considering the guild doesn’t distinguish between lead and supporting television roles, meaning he beat out several big-name actors to secure that slot.

On the surface Cory starts out as a slimy, suit-wearing TV executive who’s out for blood, but he quickly endears himself to audiences thanks in part to his soft spot for Bradley Jackson (Reese Witherspoon). His brother-sister relationship with the fish-out-of-water anchor is one of the best things about “The Morning Show,” which broke onto the scene in November as the flagship series from Apple TV+.

SEEWill Jennifer Aniston take power back at the Golden Globes like she does on ‘The Morning Show’?

Crudup also shares several memorable moments with Jennifer Aniston, who portrays established anchor Alex Levy, as they bicker over who really holds the power at “TMS.” Fearing she’s losing the battle, Alex makes a shocking announcement that soon throws Cory and the entire network into chaos. The headstrong characters later make up by performing a now-viral duet of the “Sweeney Todd” show tune “Not While I’m Around.” And yes, Billy and Jen can actually sing!

“The Morning Show” tells the story of a popular AM news program that’s hit with a sexual harassment scandal, with Bradley soon joining Alex at the anchor desk, replacing the disgraced Mitch Kessler (Steve Carell). The core four actors have all been recognized by fall awards groups, with Crudup getting in at SAG and Critics’ Choice, Aniston scoring bids at the Golden Globes and SAG, Witherspoon nabbing a Golden Globe nomination and Carell competing at SAG.

Crudup is no stranger to the Screen Actors Guild Awards, winning as part of the “Spotlight” (2015) ensemble and being nominated along with the “Almost Famous” (2000) cast. This year at SAG he’s competing as a drama actor against Carell, Peter Dinklage (“Game of Thrones”), Sterling K. Brown (“This Is Us”) and David Harbour (“Stranger Things”).