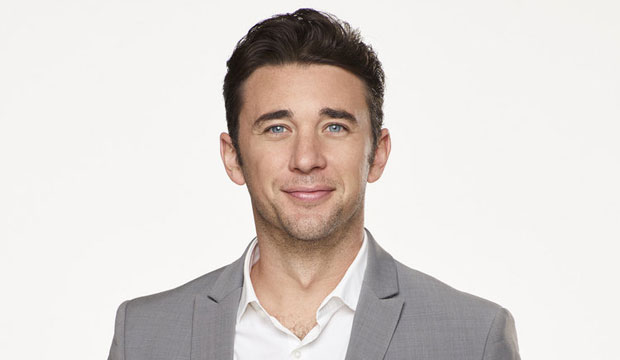 Billy Flynn has earned his second Daytime Emmy nomination for Best Actor for his role as Chad DiMera on “Days of Our Lives,” having previously contended for that prize in 2017. But Flynn left the show in early 2019, so will Emmy voters send him off with the ultimate parting gift?

The nominations and winners for these awards were decided in a single round of blue ribbon judging when panels viewed sample performance reels from each actor. Although the reels were not released to the public this year, they were made available to the press. Below is the inside scoop on Flynn’s submission.

Synopsis: Chad reels from the discovery that his wife Abigail (Best Actress nominee Marci Miller) is pregnant by his brother Stefan (fellow Best Actor nominee Tyler Christopher). Although the pregnancy is a result of a tryst that occurred while Abigail was under the control of her alternate personality “Gabby,” Chad is confused about why she would choose to keep the baby. He wonders if a part of Abigail is in love with Stefan, but Abigail denies it. Despite his love for his wife, though, he tells Abigail that he cannot accept a living reminder of her infidelity.

The reel then moves to a remote cabin where a very pregnant Abigail goes into labor. A panicked Chad attempts to call for help, but his phone has no signal so he’s forced to deliver Abigail’s child himself. As he attempts to calm Abigail, they remember happier times and reaffirm their love for each other until she finally gives birth.

Pros: The opening scenes showcase Flynn’s ability to display a wide range of emotions in a single scene. We see Chad’s resentment of his wife’s pregnancy, followed by his doubts about Abigail’s true feelings. There’s also a true sense of sadness when Chad admits that he can’t accept the situation. These intense scenes are balanced by the happier, even comic tone of the later scenes where Abigail gives birth. Flynn also has a strong scene in Christopher’s reel, which gives voters even more exposure to Flynn’s range.

Cons: In the reel’s more emotional first half, Flynn plays it subtly and doesn’t get the kinds of dramatic fireworks that usually appeal to voters. And despite showing his comic chops in the reel’s second half, birth scenes tend to shine more of a spotlight on the woman in labor, so voters may focus more on Miller’s performance than on Flynn’s.