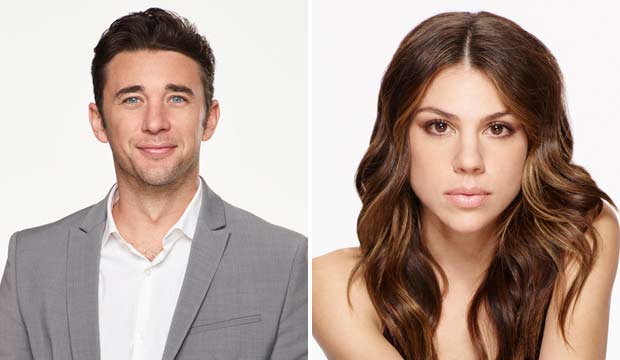 Billy Flynn and Kate Mansi (“Days of Our Lives”) didn’t win their Daytime Emmy nominations this year, but they may get another chance next year as both stars are set to return to the show this fall as lovebirds Chad DiMera and Abigail Deveraux. Are you excited for their return?

Chad was last seen in Salem earlier this year when he married Abby and they flew off into the sunset with their two children. Mansi originally played the role of Abby from 2011 to 2016, when she left the role and was replaced by Marci Miller. But Miller left two years after that, so Mansi stepped back in to play Abby from last fall until February. Mansi won the Daytime Emmy for Best Supporting Actress in 2017. Then she and Miller were both nominated for playing Abby in 2019 — Miller in the lead category and Mansi as a guest — but they lost to Jacqueline MacInnes Wood (“The Bold and the Beautiful”) and Patricia Bethune (“General Hospital”), respectively.

What do you think it is that will bring Chabby back to Salem? And could it give both actors another shot at Emmy glory next year?