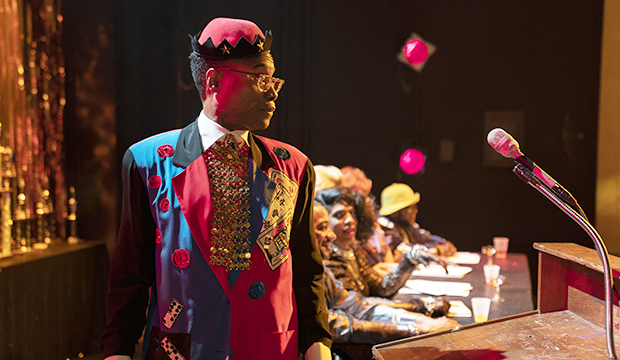 The category is… EGOT. And Billy Porter could be three-fourths of the way there soon. The “Pose” star would just need an Oscar to complete the awards grand slam if he takes home the Emmy for Best Drama Actor, as he’s predicted to do in our early odds.

Porter got his Tony and Grammy for the same project, Broadway’s “Kinky Boots.” He took home Best Musical Actor in 2013 and then earned a Grammy for Best Musical Theater Album for the original cast recording in 2014. Both awards were on his first nominations at the respective shows, so if he wins for “Pose”, he’d also be 1-0 at the Emmys.

The first openly gay black man to be nominated in Best Drama Actor, Porter just inched past Screen Actors Guild Awards champ Jason Bateman (“Ozark”), who topped our nomination predictions, in our winner odds. While “Pose” “only” received six nominations — child’s play compared to “Game of Thrones'” 32 — it did make it into Best Drama Series, and there are a few other factors in Porter’s favor.

As Pray Tell, Porter was a fan favorite from the get-go and a breakout star, turning heads with his red carpet looks and his LGBTQ activism. “Pose” is laced with social consciousness and urgency, and Porter has an even bigger presence on Season 2, which just so happens to be airing right now; the season finale will overlap with final voting. Don’t think that was an accident. He’s the only “Pose” star nominated, so if any voters are “Pose” fanatics, they might just funnel all their support behind Porter. And let’s not forget the curious eight-year streak in this category of winners coming from freshman or final-year series.

If Porter does come through with the Emmy victory, he’d be one of 32 people who are only missing a competitive Oscar in their EGOT quest. Last year, the EGOT club expanded to 15 at the Emmys after John Legend, Tim Rice and Andrew Lloyd Webber all completed their sets when they won as producers on Best Variety Special (Live) winner “Jesus Christ Superstar Live in Concert.”

After Porter and Bateman, Bob Odenkirk (“Better Call Saul”) is in third in our predictions, followed by Kit Harington (“Game of Thrones”), Sterling K. Brown (“This Is Us”) and Milo Ventimiglia (“This Is Us”).