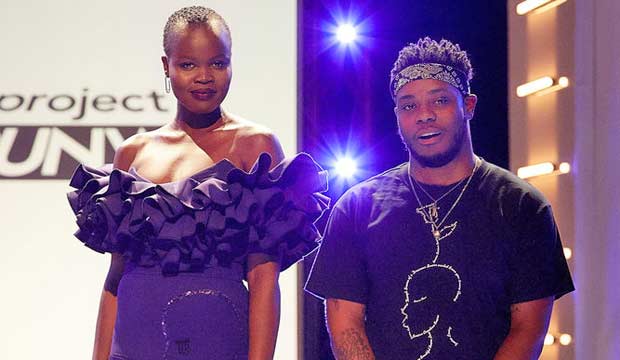 After 10 weeks of competition on “Project Runway” there are only two designers who have won multiple design challenges. Hester Sunshine has prevailed three times, and according to our odds, she and Sebastian Grey are battling it out for front-runner status. Meanwhile, Bishme Cromartie just won his second challenge last week, but he’s stuck in fourth place in our odds. I think we may be underestimating him.

Cromartie flew under the radar early on, getting nothing but safe scores for the first four weeks. But the “High Fashion to High Street” challenge in week five put him on the judges’ radar. He won that episode with a dramatically structured jacket that paid tribute to his neighborhood in Baltimore. A couple of weeks later he was nearly eliminated for an “Elegance is the New Black” design that had too many ideas for its own good, but that turned out to be a momentary lapse. He has had nothing but high scores ever since.

He was the runner-up in the “Blame it on Rio” team challenge, and then the runner-up again right after that in the “Stitch is Back” Elton John challenge. Then he finally got back into the winner’s circle with another look inspired by Baltimore in “What Do You Care About?” He created a sexy, stylish dress that bloomed like a flower to represent the blossoming of Baltimore youth. Not only was that his second challenge win, it was also his fourth time finishing in the top two. No one else this season has done that, not even Sunshine.

But according to our odds, which are calculated by combining the predictions of “Runway” fans who give us their forecasts every week, Cromartie ranks fourth with 8/1 odds. He’s behind Grey with leading odds of 13/8, Sunshine in second with 27/10 odds and Garo Sparo in third with 11/2 odds, even though Garo was nearly eliminated in “What Do You Care About?” Does Cromartie have a better shot than we’re giving him credit for?