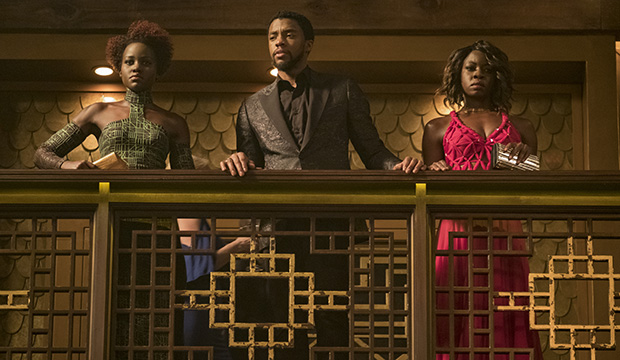 The DC Extended Universe beat the Marvel Cinematic Universe to an Oscar win, when “Suicide Squad” (2016) nabbed Best Makeup and Hairstyling. But the MCU finally collected its first three Oscars — Best Costume Design, Best Production Design and Best Original Score — on Sunday, and two of them made Oscar history.

“Black Panther” costume designer Ruth E. Carter and production designer Hannah Beachler became the first black winners of their respective categories. Carter, who was second in our odds behind Sandy Powell (“The Favourite”), was already the first black Best Costume Design nominee, having first made the cut for “Malcolm X” (1992). She was also nominated for “Amistad” (1998).

Beachler was the first black nominee in Best Production Design for her vibrant, futuristic looks that brought Wakanda to life. Like Carter, she was also in second in our odds behind “The Favourite.” She gave an emotional speech, closing with, “When you think it’s impossible, remember to say this… ‘I did my best, and my best was good enough.”

Composer Ludwig Goransson won Best Original Score and is now halfway to an EGOT in two weeks. He garnered a Grammy for his “Black Panther” score, and Record and Song of the Year for “This Is America.” He was also second in our odds behind “If Beale Street Could Talk,” but he had and edge up in that race because “Beale Street” was not a Best Picture nominee, and only three non-Best Picture nominees have won the category since the Oscars combined the comedic and dramatic score categories 19 years ago, “The Red Violin” (1999), “Frida” (2002) and “The Hateful Eight” (2015).

The MCU lost its other five bids: picture, sound editing, sound mixing, original song for “Black Panther” and visual effects for “Avengers: Infinity War.” Ironically, the bulk of the MCU’s nominations have come in visual effects, for the entire “Iron Man” trilogy, “The Avengers” (2012), “Captain America: The Winter Soldier” (2014) and the two “Guardians of the Galaxy” films, but a superhero film hasn’t won that category since “Spider-Man 2” (2004).