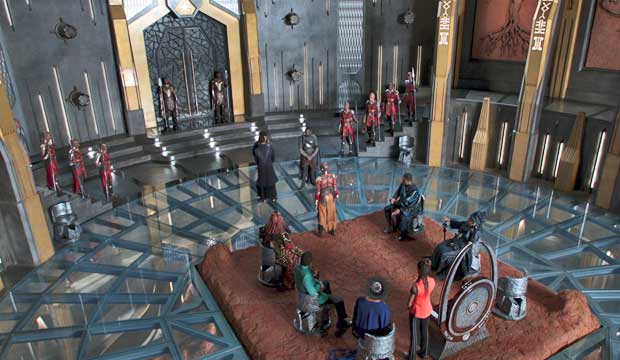 “Black Panther” is locked in close Oscars combat for Best Production Design against “The Favourite,” but “Panther” has already made history just by earning the bid. Hannah Beachler is the first black nominee in the history of the category, and just like that she could become the first black winner when prizes are handed out on February 24.

According to our racetrack odds, Beachler’s closest competition is another first-time nominee: Fiona Crombie for “The Favourite,” which is the kind of lavish period film that often prevails here, like recent winners “Lincoln” (2012), “The Great Gatsby” (2013) and “The Grand Budapest Hotel” (2014). Indeed, Crombie is the front-runner to win based on the combined forecasts of all Gold Derby users.

Luckily for both production designers, the impending Art Directors Guild Awards have separate categories for fantasy and period films, so our users think both “The Favourite” and “Black Panther” will get their chance in the winner’s circle, while “Crazy Rich Asians” is tipped to win the ADG Award for contemporary design.

So “Black Panther” could be on track to make Oscar history, unless “The Favourite” becomes the latest period film to win for literally making history.