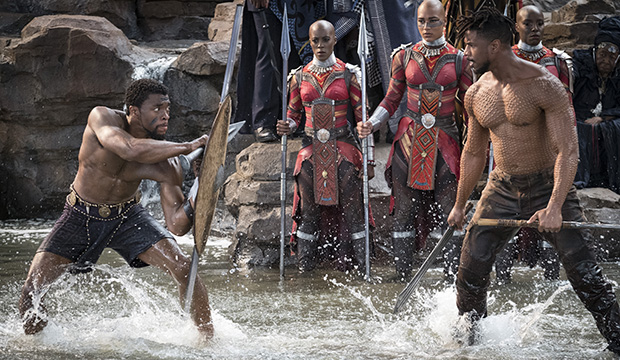 When it comes to the Screen Actors Guild Awards’ ensemble category, more is more. Generally speaking, the larger the cast you have, the better. And that could be key for “Black Panther,” which boasts the biggest cast of the nominees this year and would be the 14th film with double-digit cast members to win.

Led by Chadwick Boseman, “Black Panther” has 12 credited actors, compared to nine for “Bohemian Rhapsody,” eight for “Crazy Rich Asians,” seven for “A Star Is Born” and six for “BlacKkKlansman.” Some of these films — ahem, “Crazy Rich Asians,” “BlacKkKlansman” — technically have larger ensembles, but SAG Awards rules stipulate that only actors with their own title card are eligible for the award. The eligible actors are listed on the final ballot, so a block of names staring back at you could be convincing.

One thing that’s also in the Marvel blockbuster’s favor is that the SAG Awards are the most populist-leaning of the bunch and voters have no problem anointing crowd-pleasers with big casts that might not necessarily be an Oscar frontrunner. Sometimes they are (“Chicago,” “Slumdog Millionaire,” “Argo”), sometimes they’re not (“Inglourious Basterds,” “The Help,” “Hidden Figures”). (“Black Panther” is in sixth place in our Best Picture odds.)

“Black Panther,” which would join “The Full Monty” (1997) and “The Lord of the Rings: The Return of the King” (2003) as the only champs without individual acting nominations, is expected to take home the prize, with 18/5 odds. “A Star Is Born” is in second, followed by “BlacKkKlansman,” “Crazy Rich Asians” and “Bohemian Rhapsody.”

See all the SAG Awards ensemble winners, ranked from largest to smallest cast, below.