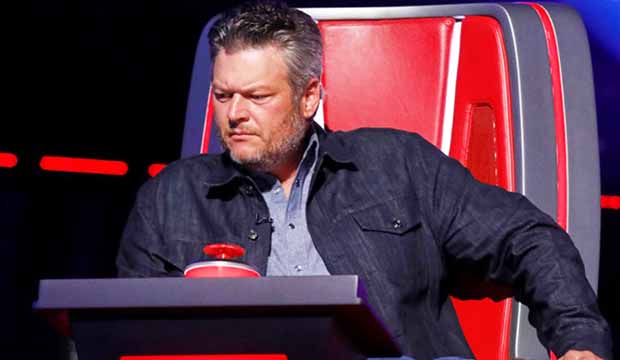 When Darius Rucker stopped by “The Voice” on Monday night to help Blake Shelton mentor his young artists for the upcoming battle rounds, an old rivalry was reignited. As it turns out, Shelton lost the 2013 Grammy for Best Country Solo Performance to Rucker, a category Shelton thought he had a good chance of winning. “I haven’t been nominated for a Grammy very many times, but the one time I thought I had a shot was the freaking ‘Wagon Wheel’ year,” Shelton told his young country artists Kat Hammock and Josie Jones. “Darius won his 50th Grammy and I still have an empty spot in my house.”

Rucker quickly corrected him, saying it was only his third Grammy. The other two were for Best New Artist for Hootie & the Blowfish (1995) and Best Duo/Group Pop Performance for “Let Her Cry” (1995). He then commented on how well Shelton has done over the past decade by proclaiming, “Yeah, but you have to invite me to your television show, so we’re all right.”

Shelton responded with a simple, “Fair enough.” At the 56th Grammy Awards Shelton lost his nomination for “Mine Would Be You” to Rucker’s “Wagon Wheel.” That was the same year Shelton’s album “Based On A True Story” was nominated for Best Country Album, which lost to Kacey Musgraves‘ “Same Trailer Different Park.”

SEE John Legend completes his ‘The Voice’ Season 17 team with Zoe Upkins, then nearly loses her in first battle [WATCH]

While Shelton is used to losing Grammys, he’s a pro at winning “The Voice.” So far he’s the most successful coach in the history of NBC’s reality TV show, winning six times. Might the winner of Monday’s battle, Kat Hammock, go on to become Blake’s seventh “Voice” champion?

In all, Shelton has been nominated for seven Grammy Awards throughout his career:

Best Country Solo Performance for “Over” (2012)

Best Country Solo Performance for “Mine Would Be You” (2013)