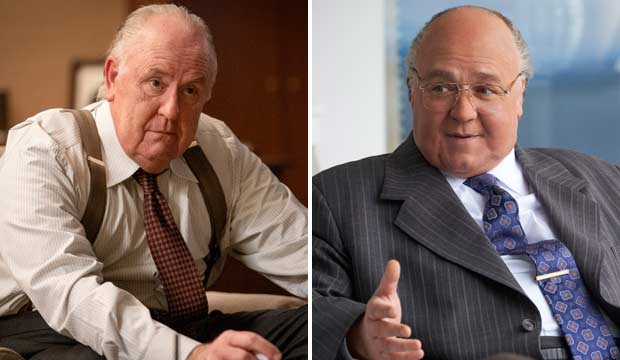 How is Roger Ailes like Winston Churchill? That’s probably not a question that gets asked very often, but in addition to both being high-powered political figures, they’re both the subjects of two screen portrayals at around the same time — one on film and one on TV. And just like with Churchill a couple of years ago, both portrayals of Ailes could be awards bait: Russell Crowe in the Showtime limited series “The Loudest Voice” and John Lithgow in the film “Bombshell.”

Ailes died in 2017 at age 77, but he has remained a subject of fascination. He was a media consultant for Richard Nixon and Ronald Reagan before taking the reins of the Fox News network as chairman and CEO. He helped shape the cable network into essentially the political messaging arm of the Republican Party, but he was ousted in 2016 amid sexual harassment allegations. He also suffered from hemophilia and was notoriously paranoid, so as a character he’s ripe for dramatic portrayals.

He was the subject of Alexis Bloom‘s documentary “Divide and Conquer,” which earned a 2019 Emmy nomination for Exceptional Merit in Documentary Filmmaking. Then he was the focus of the seven-part limited series “The Loudest Voice” over the summer, in which Crowe played him from the dawn of Fox News to his disgraced downfall. Next, in December, Lionsgate will drop their “Bombshell,” which tells the story of the sexual harassment scandal from the point of view of the women involved, including Megyn Kelly (played by Charlize Theron) and Gretchen Carlson (played by Nicole Kidman); there Ailes is played by Lithgow in a supporting role.

Luckily for Crowe and Lithgow, they will never have to go head-to-head since one performance is on the big screen and the other is on the small screen. That’s the same thing that happened when two Churchill portrayals popped up a couple of years ago. One of them was actually played by Lithgow too: he showed up in the fall of 2016 in the Netflix series “The Crown,” where he played Churchill at the twilight of his political career during the early years of the reign of Queen Elizabeth II (played by Claire Foy). He ended up winning SAG, Golden Globe and Emmy Awards for his portrayal.

Gary Oldman followed soon thereafter in the 2017 film “Darkest Hour,” set during World War II as Churchill resisted calls to negotiate with Nazi Germany. Oldman was a veteran actor overdue for Oscar and giving a physically transformative performance full of grandiose speeches, usually prime awards bait, but were audiences and awards voters all Churchilled out after Lithgow’s awards romp? No, as it turns out. Oldman won Golden Globe, SAG and BAFTA Awards for his performance, and then topped it off with that elusive Oscar.

The double doses of Ailes are even closer together: this time they’re eligible for awards in the same cycle. We could see both Crowe and Lithgow cited at the Golden Globes, Critics’ Choice and SAG Awards, which honor both film and TV. Then Lithgow could move on to the Oscars, where he has previously been nominated for supporting turns in “The World According to Garp” (1982) and “Terms of Endearment” (1983). And Crowe could advance to the Emmys in 2020.

But will they both be winners like the two Churchills were? As of this writing we’re predicting a Golden Globe nomination for Crowe in “The Loudest Voice,” but not a win. Lithgow doesn’t look like a Globe or Oscar contender just yet, but “Bombshell” has only just started screening for the press, so his fortunes could rise as the days and weeks progress. And just like Oldman, Lithgow is an admired industry veteran who is due for some Oscar love.

And while Lithgow’s Ailes isn’t a heroic portrayal like Oldman’s Churchill was — quite the opposite, actually — well-liked actors can often get away with playing creeps: Daniel Day-Lewis in “There Will Be Blood,” Christoph Waltz in “Inglourious Basterds” and J.K. Simmons in “Whiplash” all won for playing sinister figures in recent years. Last year Christian Bale came pretty close to winning for playing Dick Cheney in “Vice,” and Ailes certainly played a part in Cheney’s political career, so wouldn’t it be interesting if Ailes followed in the awards footsteps of both Churchill and Cheney? Politics makes strange bedfellows indeed. 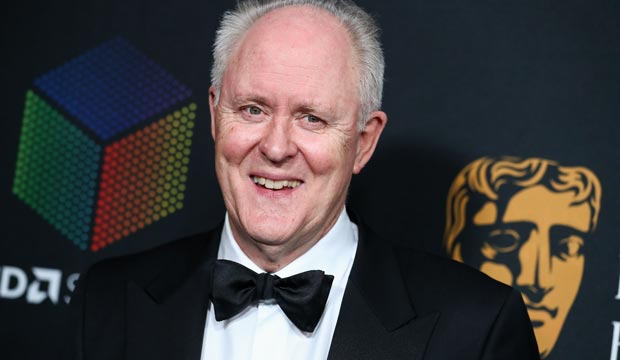