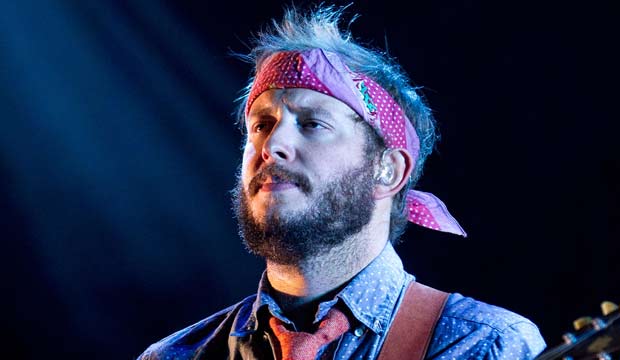 Bon Iver is back. The alternative indie band have announced that its fourth studio album, “I, I,” will be released on Aug. 30, just in time to qualify for the 2020 Grammys. And they have also released two new songs from the collection: “Faith” and “Jelmore.” Scroll down to listen to those songs below. Do you think the group will win its first Grammys since its 2012 awards breakthrough?

Founded and fronted by singer-songwriter Justin Vernon, Bon Iver, made their an impression on the music scene with its debut album “For Emma, Forever Ago,” which was released independently in 2007 and re-released in 2008 by the label Jagjaguwar. That album went platinum, but the band didn’t make a Grammy impact until its self-titled follow-up in 2011.

“Bon Iver” earned a trio of bids: Best Alternative Album, Best New Artist and Record of the Year for the single “Holocene.” They won the first two categories, but lost Record to Adele‘s “Rolling in the Deep.” It was a great windfall for the group, though Vernon was ambivalent about the whole awards process, saying in his acceptance speech, “When I started to make songs, I did it for the inherent reward of making songs, so I’m a little bit uncomfortable up here. With that discomfort, I do have a sense of gratitude. I want to say thank you to all the nominees and all the non-nominees that have never been here and never will be here.”

Vernon is one of many musicians who have criticized the Grammys over the years, but the recording academy invited him back to the party in 2017 when Bon Iver’s next album, “22, A Million,” was nominated for Best Alternative Album, though that award ultimately went posthumously to David Bowie for his final album, “Blackstar.” Will “I, I” get them another Grammy bid? Could they even contend for Album of the Year? They’ve been added to our predictions center, so make sure to give us your forecasts in the top category. You can edit your picks as often as you like before nominations are announced this fall.