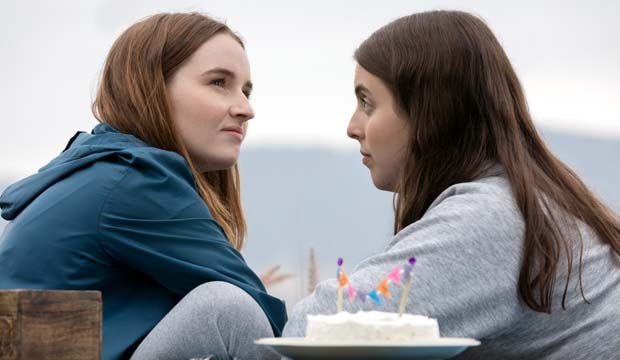 “Booksmart” premiered at the SXSW Festival back in March and officially debuted in theaters on May 24, telling the story of two overachieving teenage girls who want to break out of their shells for one wild night before high school graduation. It follows in the footsteps of other recent coming-of-age comedies about young women, including “Lady Bird,” “The Edge of Seventeen” and “Eighth Grade,” and it’s as critically acclaimed as those previous films.

As of this writing the film has a MetaCritic score of 84 based on 39 reviews — 38 of them positive and only 1 somewhat mixed. On Rotten Tomatoes it has a resounding freshness rating of 99% based on 157 reviews — only 2 of those are classified as negative. It’s the feature directorial debut of Olivia Wilde, the actress known for her roles in “House,” “Tron: Legacy” and “Rush.” Will she enjoy as much success for her work as Greta Gerwig (double Oscar nominee for “Lady Bird”) and Bo Burnham (WGA and DGA winner for “Eighth Grade”)?

Critics are praising her work behind the camera in particular, noting her “fearless, innovative skill” and “resoundingly smart” approach to the teen comedy genre. The reviews praise her lead actresses as well: Kaitlyn Dever and Beanie Feldstein “have chemistry that sings.” Could they and their director be Oscar contenders by year’s end? “Lady Bird” was a success, earning five nominations including Best Picture (but no wins), while “Eighth Grade” was a hit at the guild awards but was shut out of the Oscar nominations.

It’s only May, so it’s too early to say for sure what the film’s awards fortunes will be six or seven months down the line, but the near-universal acclaim for the film is a good start. Check out some of those reviews below, and join the discussion on this and more with your fellow movie fans in our forums.

Ella Kemp (Empire): “Walking a path of well-trodden hedonistic youth, first-time director Olivia Wilde carves a note-perfect millennial portrait rife with specificity. Instead of relying on sweeping messages, ‘Booksmart’ beams with immediacy and relishes Polaroid-ready memories … Each sketch testifies to Wilde’s fearless, innovative skill in capturing moments that belong to a collective youth, while giving them the brazen and wholly original identity of these two brand-new A+ heroes.”

Yolanda Machado (The Wrap): “How do you begin describing the movie you have been unknowingly waiting for your entire life? Do I start by telling you how incredibly hilarious ‘Booksmart’ is? Or do I tell you how first-time feature film director Olivia Wilde created a resoundingly smart, inclusive, modern and revolutionary film for today’s teens? How about this: ‘Booksmart’ is, by far, one of the most perfect coming-of-age comedies I have ever seen.”

Emily Yoshida (Vulture): “No level of ensemble wackiness could ever upstage stars Feldstein and Dever. The two have chemistry that sings — we believe they are fully capable of getting high off their own two-person collective effervescence … ‘Booksmart’ manages to be inclusive and progressive, without being precious about anything or sacrificing an ounce of humor. “

Stephanie Zacharek (Time): “Disappointment awaits both, but there are triumphs too, and as trying as Molly and Amy can be, you want nothing less for them. Feldstein and Dever have a kind of mad, cartoon chipmunk chemistry, playing characters who know each other so well that they finish each other’s sentences and step on each other’s lines. What their friendship really needs is a little room to breathe. ‘Booksmart’ is smart about that too.”