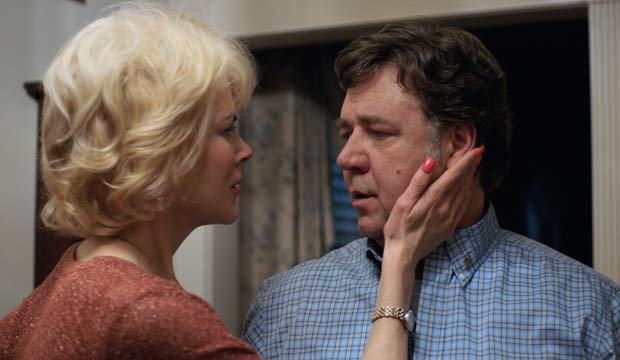 The academy often loves movies about social justice issues, like “Milk” and “Spotlight” in recent years, so can “Boy Erased” have a strong showing at the Oscars as well? Based on the memoir by Garrard Conley, the film centers on a young gay man (Lucas Hedges) sent to conversion therapy by his devoutly religious parents (Russell Crowe and Nicole Kidman). The film was written and directed by Joel Edgerton, who co-stars as the program’s instructor. Gold Derby recently spoke with Kidman, Edgerton and songwriter Brett McLaughlin about their work.

Edgerton was taken with the story after his agent gave him the book. “I grew up with a deep fear of institutions and I had heard a little bit about gay conversion therapy, so my morbid curiosity led me to read it,” he explains. “I’ve never had a project pick me like this one picked me. I’ve tried to get into other people’s projects or pick projects, but this thing picked me up and dragged me along.”

For Kidman, this wasn’t just a story about conversion therapy, which has been debunked but is still legal in much of the United States. Rather, it was about “a mother who’s making amends to her child for a huge thing that she knows she did that was wrong.” But even though she caused him harm, her actions weren’t “malicious. She didn’t do it because she wanted to hurt him.” On the contrary, she genuinely believed she was helping him. Kidman received a Critics’ Choice nomination for this film. She could become a rare performer to earn dual acting bids in the same year since she’s also in the running for her lead role in “Destroyer.”

McLaughlin co-wrote the song “Revelation” with Sigur Ros‘s Jon Thor Birgisson and Troye Sivan, a recording artist who also co-stars in the film as one of the camp’s unwilling participants. McLaughlin grew up in Mississippi, so he had “close ties to the plot line of the film. I felt like, lyrically, I was able to contribute something from someone who has lived in this environment, from someone who has grown up in this atmosphere.” Had he not waited until college to come out, he says, “I most likely would’ve had my own conversion therapy story.” Thus far the tune has earned the songwriter a Golden Globe bid, and it made the motion picture academy’s official shortlist of 15 songs from which the final five Oscar nominees will be selected.